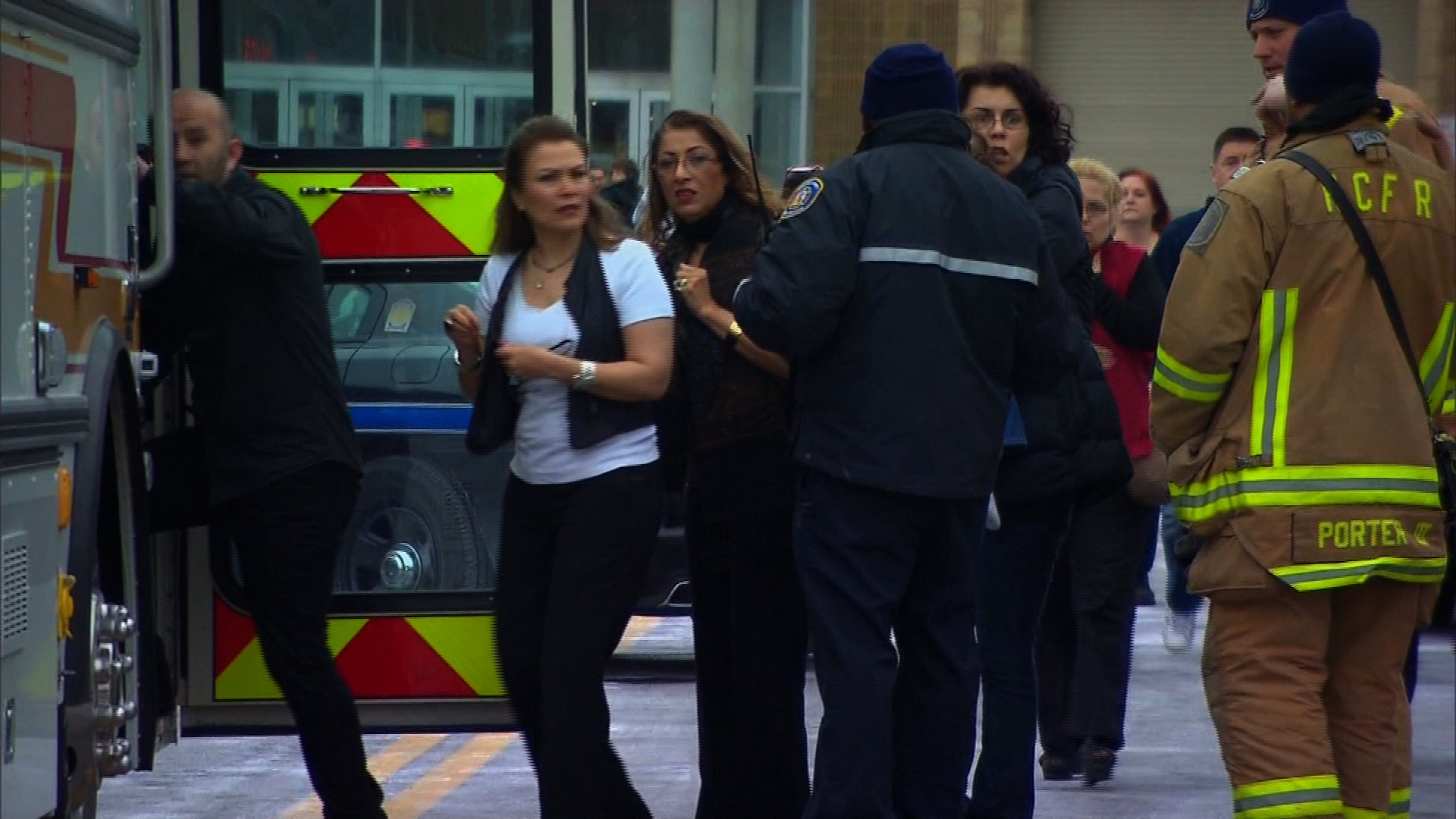 (CNN) — Police say the man arrived at a busy mall in Columbia, Maryland, in a cab, about an hour before he walked into a small shop and fired a shotgun at least half a dozen times, killing two people who worked there.

Why Darion Marcus Aguilar shot two people to death and then killed himself is still a mystery to police. They’re investigating who the 19-year-old man was and whether he even knew the people he shot Saturday.

“I know there’s a lot of interest in the motive for this, and I have as much interest in that as anybody,” Howard County Police Chief Bill McMahon told reporters Sunday.

He said there was still no known relationship between the shooter and his victims, though he did not rule out the possibility that there was one.

Police said that Aguilar showed up at The Mall in Columbia in a taxi and stayed in a “generally confined area” before going to Zumiez, a shop that caters to skaters, on the second floor.

There he fired six to nine shots, killing 21-year-old Brianna Benlolo and 25-year-old Tyler Johnson before turning the shotgun on himself.

The shootings, which left five other people injured, ended a violent week which saw shootings or gun scares at American schools or shopping centers — ordinary places where people once felt safe.

McMahon identified Aguilar as the shooter at a Sunday morning update for reporters.

Aguilar purchased the 12-gauge shotgun, made by Mossberg, in December, the chief said.

He added that police served a search and seizure warrant at the shooter’s house and retrieved documents, computers and other potential evidence, including a journal.

In that journal, Aguilar “does express some general unhappiness with his life, but I really don’t have any other information about that now,” the chief said.

On Saturday, a federal official briefed on the shooting told CNN that preliminary information indicated the shooting may have been related to a domestic situation.

Benlolo was an assistant manager at the store and had worked there since November 2012, according to her Facebook page.

Evelyn McDonald, her close friend, called the shooting shocking and a “complete tragedy.”

Benlolo was the mother of a small boy.

“She loved her son. She loved being a mother,” McDonald said.

Johnson had worked at the store for about three months, according to his Facebook page.

Aguilar had a backpack that contained two homemade bombs, police said. Both were disabled.

Thousands in mall at time of shooting

The first 911 call about the shooting came at about 11:15 a.m., and officers were in the mall within two minutes, police said.

Investigators said there were thousands of people in the mall at the time, with many hiding in fear behind store counters, in restrooms or in fitting rooms for hours after the shooting stopped.

“Think about this, on a Saturday afternoon at the mall, how many people may be in there,” McMahon said Saturday. “Something like this happens and people run in many directions, and they also do what we train them to do — to shelter in place.”

Five people were transported to Howard County General Hospital, a hospital spokeswoman said in a statement. All were treated and later released.

Four of them suffered injuries related to the chaotic scene after the shots rang out, including one with a seizure and at least one with a sprained ankle, according to McMahon.

The other injured victim suffered a gunshot wound to the foot. Police said the woman wasn’t in Zumiez; rather she was on the first floor when she was struck.

Worker at mall: ‘It was just crazy’

“It’s a mall shooting,” one mall worker, identified only as K.T., told CNN. “No one knows what’s going on. In today’s world, you hear gunshots and you run.”

The staccato of gunfire was followed by the cries and screams of children and adults running or ducking for cover, the employee said.

“A lot of kids were crying, and mothers were holding onto them,” K.T. said. “I wasn’t worried about me. I was just making sure everybody was OK.”

Once the shooting stopped, SWAT team members moved from store to store.

“It was just crazy,” said K.T., who snapped a picture of a shot-riddled wall near the shooting scene. “It’s one of those things you see on TV but never expect you’ll go through.”

The mall is expected to reopen Monday at 1 p.m. ET.

“We are deeply saddened by the violence that has occurred this morning within our store in Maryland at The Mall in Columbia,” Zumiez CEO Rick Brooks said. “We’re making arrangements for counseling to be made available to Zumiez employees in the area.”

The mall shooting was the latest instance last week of gun violence or threats of it in ordinary places across the country.

A student was shot dead Friday afternoon at South Carolina State University, prompting a manhunt for several suspects that extended beyond the school’s Orangeburg campus.

On Wednesday, the University of Oklahoma in Norman briefly shut down after a report of a possible shooting that apparently turned out to be a false alarm, the university’s president said.

On Monday, a student was shot and critically injured near a gym at Widener University near Philadelphia. Police were looking for a suspect.