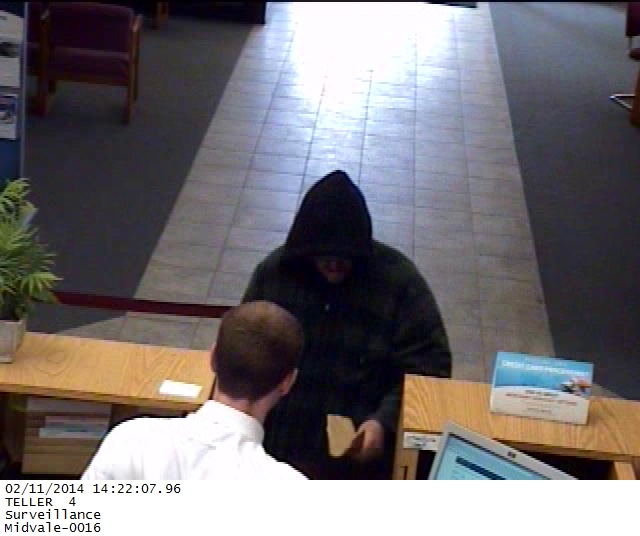 MIDVALE, Utah —  Police are asking for the public’s help in identifying a man accused of attempting to rob a Zion’s Bank in Midvale.

Officers said a man in his 30s went into the bank at 159 West and Center Street around 2:30 p.m. wearing a black sweatshirt and a black and green jacket. They said he passed a note to the teller that said he wanted money and that he had a weapon.

The suspect took off before the teller gave him any money. He never showed a weapon, and no one was injured.

The suspect is considered armed and dangerous. If you have any information, call Unified Police at (385) 468-9814.