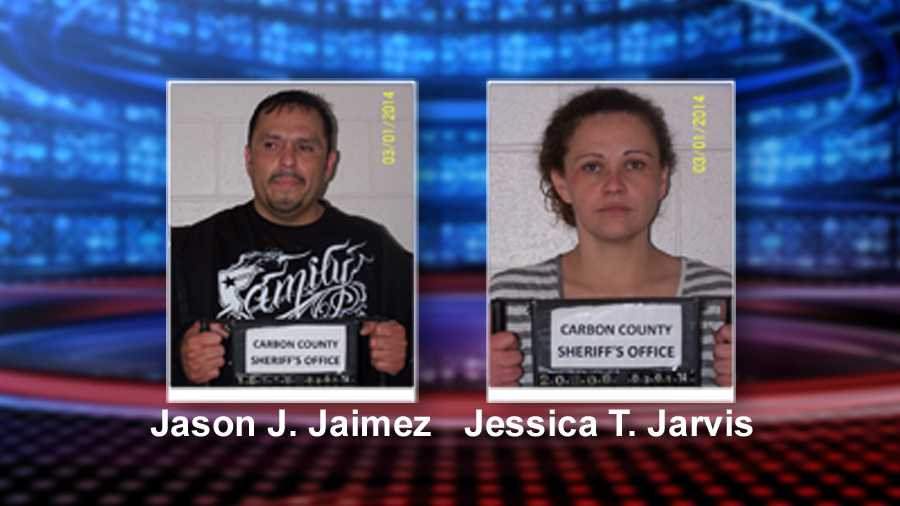 CARBON COUNTY, Utah – A disturbance at a motel in Price led police to arrest two people Saturday morning, one of whom faces a manslaughter charge in connection with a fatal overdose from 2013.

Police from multiple agencies worked to arrest Jessica Tawn Jarvis, 34, and Jason Jered Jaimez, 37, both of Carbon County, after the pair were allegedly involved in a verbal argument that “caused an annoyance” to other guests in the motel.

During an interview following his booking, Jaimez allegedly admitted he had dealt heroin to a man who fatally overdosed on it December 23, 2013–according to the news release.

Prior to his interview, police searched Jaimez and allegedly found drug paraphernalia on his person. Paraphernalia and methamphetamine were allegedly found near Jarvis, and Jaimez allegedly took responsibility for those items, according to the release. The room was rented in Jarvis’ name.

Police seized about 10 grams of methamphetamine. The motel was located in a Drug Free Zone, according to the release.

Jarvis was booked into the Carbon county Jail on charges of possession of methamphetamine as a second-degree felony and possession of drug paraphernalia as a class B misdemeanor.

Following the interview with Jaimez, a Price City Detective booked Jaimez into the Carbon County Jail on separate charges related to the 2013 overdose case. The charges include distribution of a controlled substance (heroin) as a first-degree felony as well as second-degree manslaughter.

The arrests were the work of personnel from Price City police, Helper City police and the Carbon County Sheriff’s Office.

The Carbon County Attorney’s Office will screen both suspects’ bookings to determine the appropriate formal charges, the release stated.