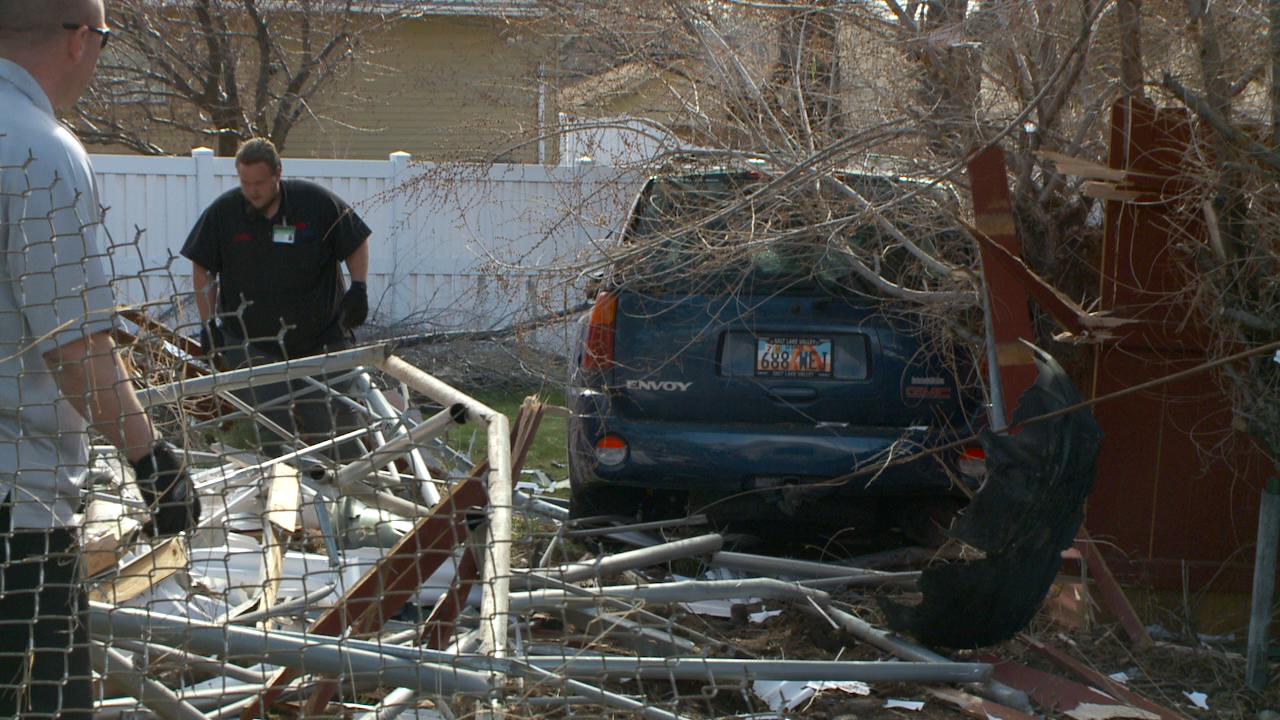 MILLCREEK, Utah – Police are investigating after a vehicle left a road, went through two fences, and hit a homeowner’s carport Sunday.

The accident occurred around 2:30 p.m., and police officials said the driver passed through an intersection while the driver had a red light.

Lt. Justin Hoyal of the Unified Police Department said the driver tried to make a left turn while traveling westbound on 3900 South near I-215.  He said the driver couldn’t negotiate the turn due to speed and ended up crashing into a nearby property. The vehicle went through two fences and hit a carport.

The two occupants of the vehicle, a male and female–both in their 80s, were taken to a hospital in fair condition.

Officials are investigating the incident to determine the cause of the crash, but Hoyal said it appears the man’s foot may have hit the gas rather than the brake at some point.