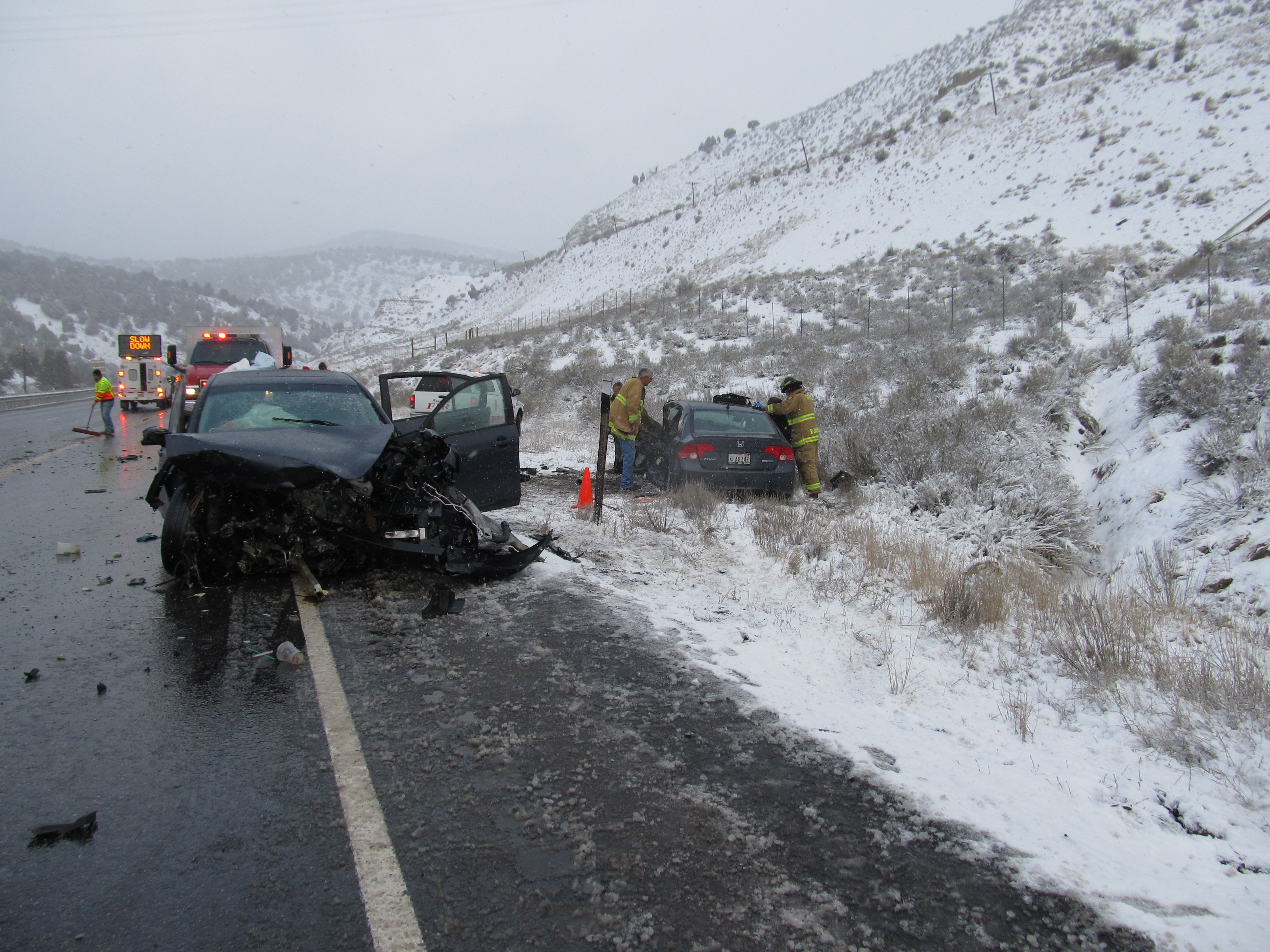 The crash occurred on State Route 6 at mile marker 204 when the driver of an Infinity, traveling east, attempted to pass a semi-truck.

The driver crossed the center line and struck Clinton Lee Logan, 34, the sole occupant of a Honda Civic traveling west.

“Snow and slush were on the roadway and obscured the driver of the Infinity’s vision,” according to the Department of Public Safety.

Two adults and two children were in the Infinity.

An air ambulance was called but could not land because of weather conditions. All five occupants were transported to Mountain View Hospital in Payson.