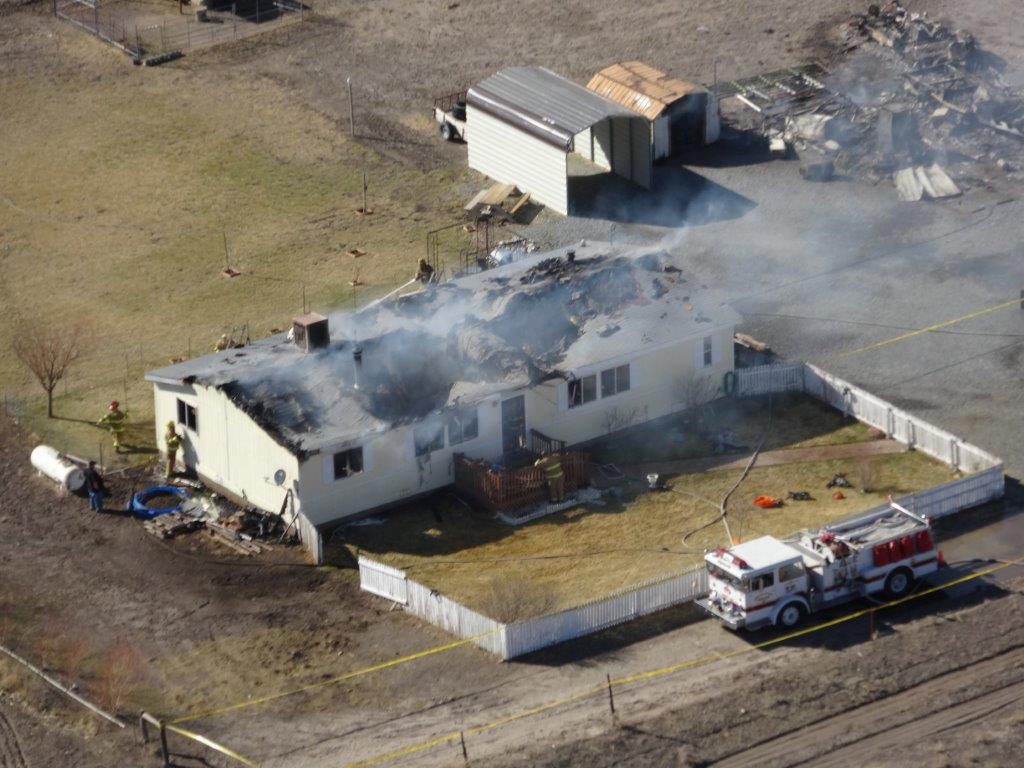 MILFORD, Utah — A woman is in custody as a person of interest after a fire destroyed a Milford home Wednesday.

When emergency crews responded to the fire at approximately 1 p.m. at 2100 South 215 West, the house and two out buildings were engulfed in flames. They quickly determined the fire was set intentionally, according to the sheriff’s office.

No one was at home when crews arrived. A woman who lived in the house was located a few miles away with injures from an apparent suicide attempt, said Sheriff Noel, Beaver County Sheriff’s Office. She was transported to the hospital.