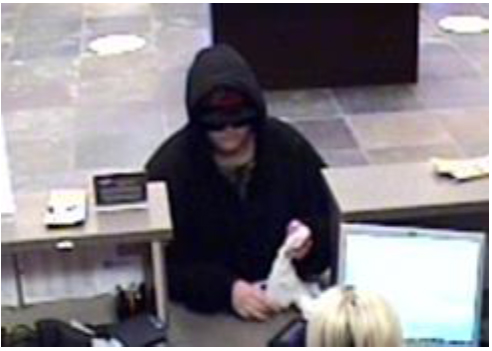 The suspect entered a Mountain America Credit Union located at 6761 South Redwood Road just after 9 a.m., according to a press release from the West Jordan Police Department.

The suspect, pictured in the gallery, is described as a man between 5-feet 6-inches and 5-feet 10-inches tall who is clean-shaven and weighs between 250 and 300 pounds. The suspect was seen wearing a black, hooded sweatshirt, black pants and dark sunglasses.

The suspect fled on foot. Police did not release specific details relating to the incident, and it is unclear whether the suspect was armed or what was stolen.

Anyone who recognizes the suspect or who has information regarding the alleged crime is asked to contact police at 801-840-4000.