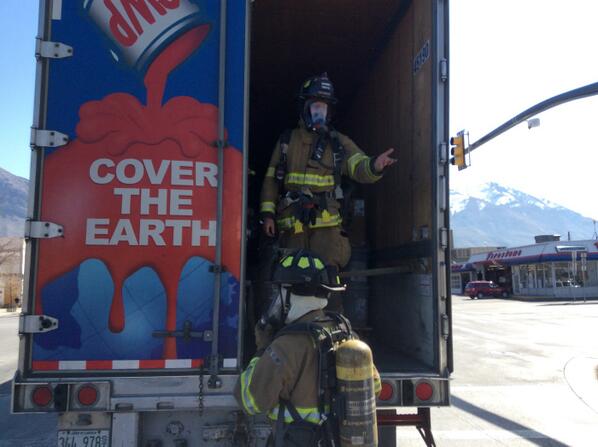 PROVO, Utah — Provo police said a city park was evacuated Tuesday morning after a semi-trailer and a police cruiser collided, resulting in a chemical leak.

The crash happened around 11 a.m. at the intersection of 500 W and Center St.

All lanes of traffic were closed as troopers from the Utah Highway Patrol investigated the crash.

Police said paint and acetone were leaking from the trailer, forcing an evacuation of nearby Pioneer Park.