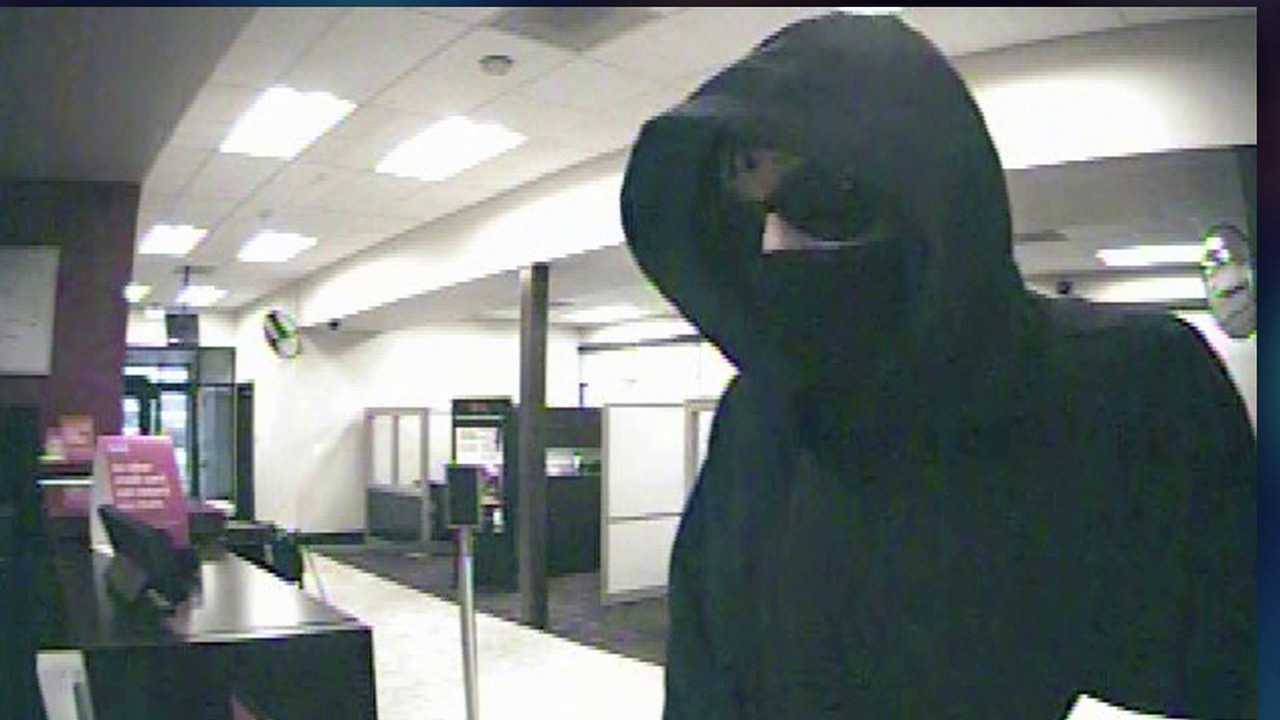 TAYLORSVILLE, Utah – Police have released images of a suspect who allegedly robbed a bank in Taylorsville Wednesday morning, and they are asking the public for help identifying and finding him.

Police officials said the suspect entered a Key Bank at 1939 West 4700 South at about 10:31 a.m. and demanded money from a teller, who complied.

According to a press release from the Unified Police Department, the suspect did not display a weapon during the robbery. He escaped on foot and went south.

The suspect, pictured above, is described as a Caucasian male who stands 5-feet 11-inches tall. He is believed to be about 30 years old and has a slender build. He was last seen wearing a black hooded sweat shirt with a black mask, black pants, black shoes and sun glasses.

Anyone with information about the suspect or the alleged crime is asked to contact the Unified Police Department at 385-468-9814.