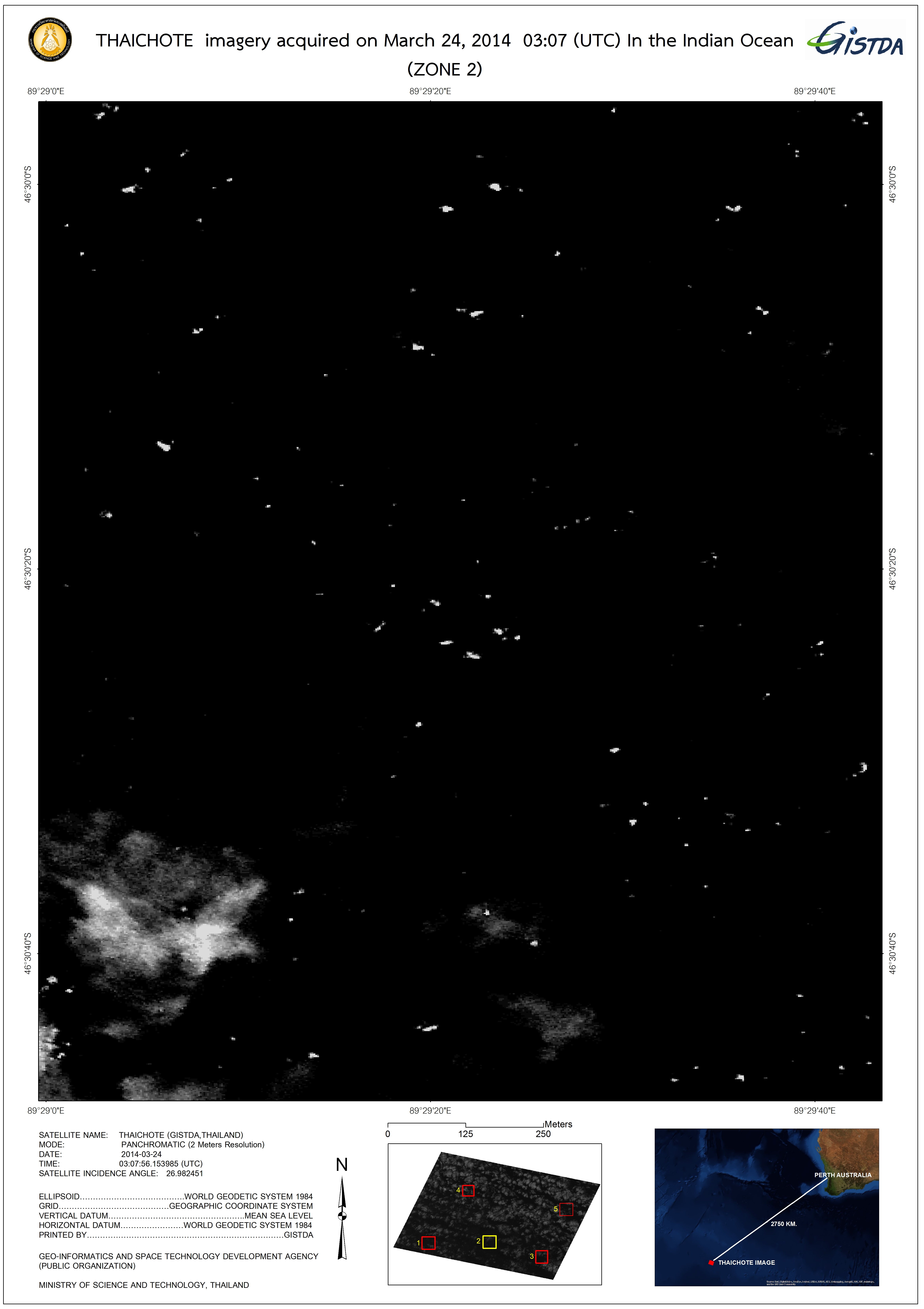 (CNN) — Search planes took off from Australia Friday and headed toward parts of the Indian Ocean where satellites spotted debris that could be part of the missing Malaysia Airlines jet.

The renewed search for Flight 370 comes a day after Japan and Thailand both said they’d sent new satellite images to Malaysia showing separate debris fields that could be related to the plane, which vanished March 8 with 239 people aboard.

On Wednesday, Malaysian officials announced a French satellite had found 122 pieces of something floating nearby.

It’s enough to make you wonder: Have they found that proverbial haystack inside which they’ll find the well-hidden wreckage?

Search teams will have at least one more plane in their fleet starting Friday, when a second U.S. Navy P-8 Poseidon will fly from Okinawa, Japan, to Perth, Australia, to join the hunt for the missing aircraft.

“From the pilot and the aircrew perspective, they are optimistic,” said Cmdr. William Marks of the U.S. 7th Fleet. “I know every day, when they launch a flight, they have a good feeling about finding something. But the satellite imagery hasn’t been conclusive.”

There’s one thing that Marks said would be a defining moment in the search: visual confirmation from the search crews at sea.

While analysts say it’s intriguing that the finds all appear to be in the same general area, searchers have yet to lay eyes on any of the objects, much less haul one aboard a ship and examine it.

Stephen Wood, a former CIA analyst and satellite imagery expert, said the satellites could be seeing something as simple as whitecaps, which he said can look deceptively like solid objects.

CNN aviation analyst Jeff Wise said that while the latest find is “very enticing,” the number and size of the objects make him question whether they could be from the plane.

But Miles O’Brien, another CNN aviation analyst, said what he sees on the latest satellite images doesn’t look like everyday garbage to him.

“What I see there is something that seems to be somewhat metallic and shiny. Looks like airplane wreckage to me. I also see some surfaces that look like they’re aerodynamic.”

Loved ones holding out hope

With no physical evidence pointing to what happened to the plane, loved ones of the passengers onboard have said they’re still holding out hope.

Sara Bajc, the partner of American passenger Philip Wood, said she’s not convinced by the authorities’ argument that an analysis of satellite data shows that there were no survivors.

The plane, she told CNN’s “Erin Burnett Out Front,” could have landed somewhere.

“I do believe it’s still a possibility, because there’s no contradictory evidence to that being a possibility. Even the satellite data that’s been pushed forward to show or to demonstrate that the flight took the southerly route, they’re really just still guessing,” she said. “I mean, this is not something that anybody has ever done before. So, you know, as brilliant as those mathematicians are, they don’t really know. They’re only analyzing the data that they have. They don’t really know for certain.”

Bajc said she first learned that authorities believed there were no survivors from a text message Malaysia Airlines sent to passengers’ families.

“The wording of the message led me to believe that they were going to be giving evidence that it was found, right? That there were bodies…and then all he did is say they’ve extrapolated the data and they’re sure that it went into the water. I mean, I think that was extremely irresponsible.”

The Thai images show about 300 objects ranging in size from 6 feet (2 meters) to 50 feet (15 meters). When photographed Monday, they were about 125 miles (201 kilometers) away from the spot where a French satellite captured a floating group of objects Sunday.

The Japanese images were taken Wednesday and show about 10 objects floating in a six-mile (10 kilometer) radius some 1,550 miles (2,500 kilometers) off the west coast of Australia, according to the Japanese Cabinet Intelligence and Research Office.

The biggest object was square and measured some 13 feet by 26 feet (4 meters to 8 meters), the agency said.

The finds come after news Wednesday that a French satellite had seen 122 objects in the same region and follows earlier sightings by U.S., Chinese and another French satellite.

Planes are set to try to find the materials and figure out what they are on Friday after rough weather in the remote spot once again delayed search efforts Thursday.

By then, experts say, these objects could have drifted hundreds of miles in the complex currents of the Indian Ocean.

Capt. Allison Norris, commander of the Australian navy ship HMAS Success — which is helping look for debris — said conditions are cold and uncomfortable for searchers.

“We rotate the lookouts through every hour and make sure that they are appropriately dressed to combat the very cold conditions down here,” she said.

“The type of wreckage or object that we’re looking for is so close to the water line that now radars would not be able to pick it up,” she told CNN’s Anderson Cooper. “So we are very reliant on lookouts who use binoculars and night-vision glasses to scan the horizon and scan the area around the ship while we conduct our search pattern.”

“I’ve read everything online. But I’ve ignored all the speculation. I know my father better,” Ahmad Seth Zaharie, 26, said in an interview published Thursday by the New Straits Times, an English-language Malaysian newspaper.

The idea that Zaharie or co-pilot Fariq Abdul Hamid were responsible for the plane’s baffling disappearance is one of many theories investigators continue to pursue.

One line of speculation suggests Zaharie might have hijacked the plane as a political act. He has been identified as a supporter of a high-profile Malaysian opposition figure.

His son rejected such theories.

“We may not be as close, as he travels so much. But I understand him,” he said of his father in the interview, which was conducted Tuesday.

Comments from government officials on the investigation so far support the son’s view.

A senior Malaysian government official Wednesday told CNN law enforcement analyst Tom Fuentes that authorities have found nothing in 19 days of investigating the two pilots that leads them to any motive, be it political, suicidal or extremist.

And an ongoing FBI review of the two pilots’ hard drives, including one in a flight simulator Zaharie had built at his home, has not turned up a “smoking gun,” a U.S. official with knowledge of the investigation told CNN.

“They have accessed the data,” the official said. “There is nothing that’s jumping out and grabbing us right now.”

And investigators haven’t found anything suspicious with any of the other crew members or passengers, leaving them struggling to find an explanation.

“I don’t think there is a prevailing theory,” one U.S. official told CNN. “There are counterarguments to every theory right now.”

The confusion has left many family members of missing passengers and crew increasingly frustrated. Some have accused Malaysian authorities of failing to keep them properly informed. Others have accused officials of lying or covering up facts.