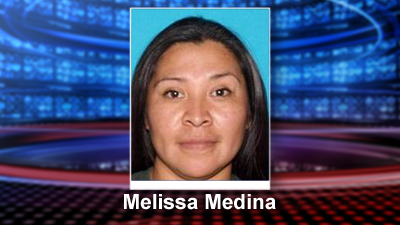 SALT LAKE CITY – Police are asking for the public’s help locating a woman who they believe witnessed a fatal officer-involved shooting Friday, and they said the woman may have been traveling with the suspect who fired at officers.

Christopher Knight was killed after he allegedly opened fire on two officers who approached his vehicle Friday. Both officers were injured but are expected to recover. Click here for details on the shooting.

Police are searching for 36-year-old Melissa Medina. They said she was recently in the company of Knight and may have traveled with him to Utah in recent days. They said she is not considered a suspect in the shooting, but they do want to talk to her about the incident.

According to a press release from the Salt Lake City Police Department, Medina may be staying in a Salt Lake County motel and driving a silver or gray Hyundai Elantra with Washington license plate number AMR2513.

FOX 13 News’ Todd Tanner spoke with police officials about the situation, see the video below for his live report.

Anyone who knows the location of Medina or the vehicle is asked to contact police by calling 801-799-3000. “Anonymous tips may be sent by texting the keyword TIPSLCPD plus any relevant information to 274637. Reference: case #14-49811.”