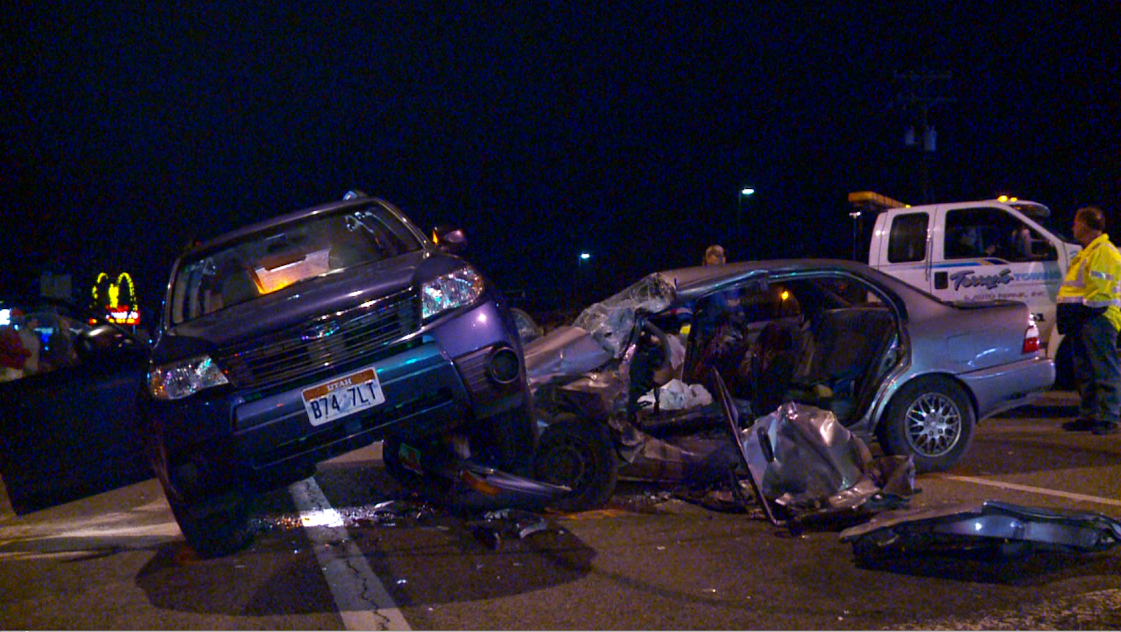 SANDY, Utah – A man is in serious condition and two other individuals were transported for medical treatment after a 3-car crash in Sandy Saturday night.

The crash occurred at 9400 South and 700 East at about 9:30 p.m. when a truck traveling northbound reportedly went through a red light and struck a passenger car, which spun out and became wedged under a small SUV.

Sgt. Jon Arnold of the Sandy Police Department said the driver of the passenger car had to be extricated.

“They had to extricate the driver out of the vehicle, so it was a pretty significant impact,” he said.

The driver had serious injuries, and he and the drivers of the other two vehicles were taken to a hospital. Officials said Sunday the driver of the passenger car suffered broken bones and is improving. They said his injuries are not life-threatening. The other injured individuals were treated and released.