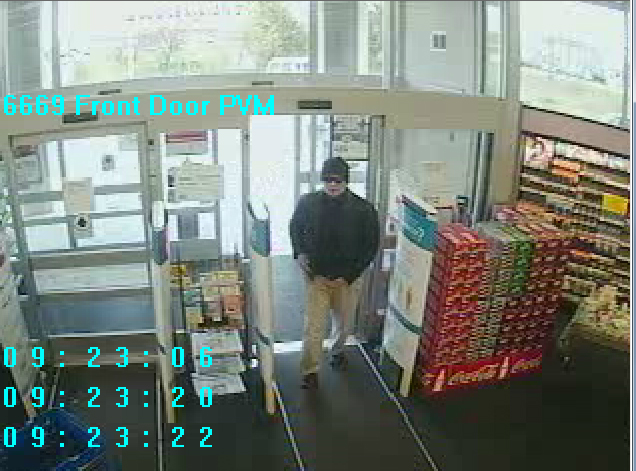 SOUTH JORDAN — Police are asking for the public’s help locating a man involved in a robbery at a Walgreens Saturday morning.

Police responded to a Walgreens at 10429 S. Redwood Road on a report of a robbery at approximately 9:25 a.m.

According to a press release from the South Jordan Police Department, the suspect entered the store and demanded various medications from the pharmacist. The man fled after receiving unknown types and amounts of medications.

Police stated in the release: “A weapon was not seen; however, this suspect should be considered armed and dangerous.”

The suspect is described as being a white male in his 40s who stands about 6-feet tall and has a medium build.  He was wearing a black beanie, khakis and a brown sweatshirt. Police stated he fled the scene in a newer, white 4-door Ford pickup truck of an unknown model. Both the suspect and the vehicle are pictured above.

Police ask anyone with information to call the South Jordan Police Department at 801-840-4000.