OREM, Utah – Sixteen people were displaced after a fire damaged four townhomes in Orem Saturday night, and officials said the damages amount to about $750,000.

Personnel from the Provo and Orem fire departments responded to 1470 S. 70 East in Orem after receiving reports of a fire around 6:26 p.m.

Battalion Chief Russ Sneddon, Orem Fire Department, said there were no injuries reported and the fire was under control in about 20 minutes.

Officials said 16 people had been displaced, and Red Cross personnel were on scene offering assistance. Officials said Sunday they estimate the damages to equal $750,000.

"You know, you buy fire insurance, but you never think it's going to be used, so it's pretty shocking," he said.

Vanderhide said he and his wife grabbed a few belongings and then left as firefighters urged him to leave the building.

Sneddon said they estimate all four residences are a total loss. He said the fire moved up a wall and into the eaves, and from there the fire got into attic spaces. 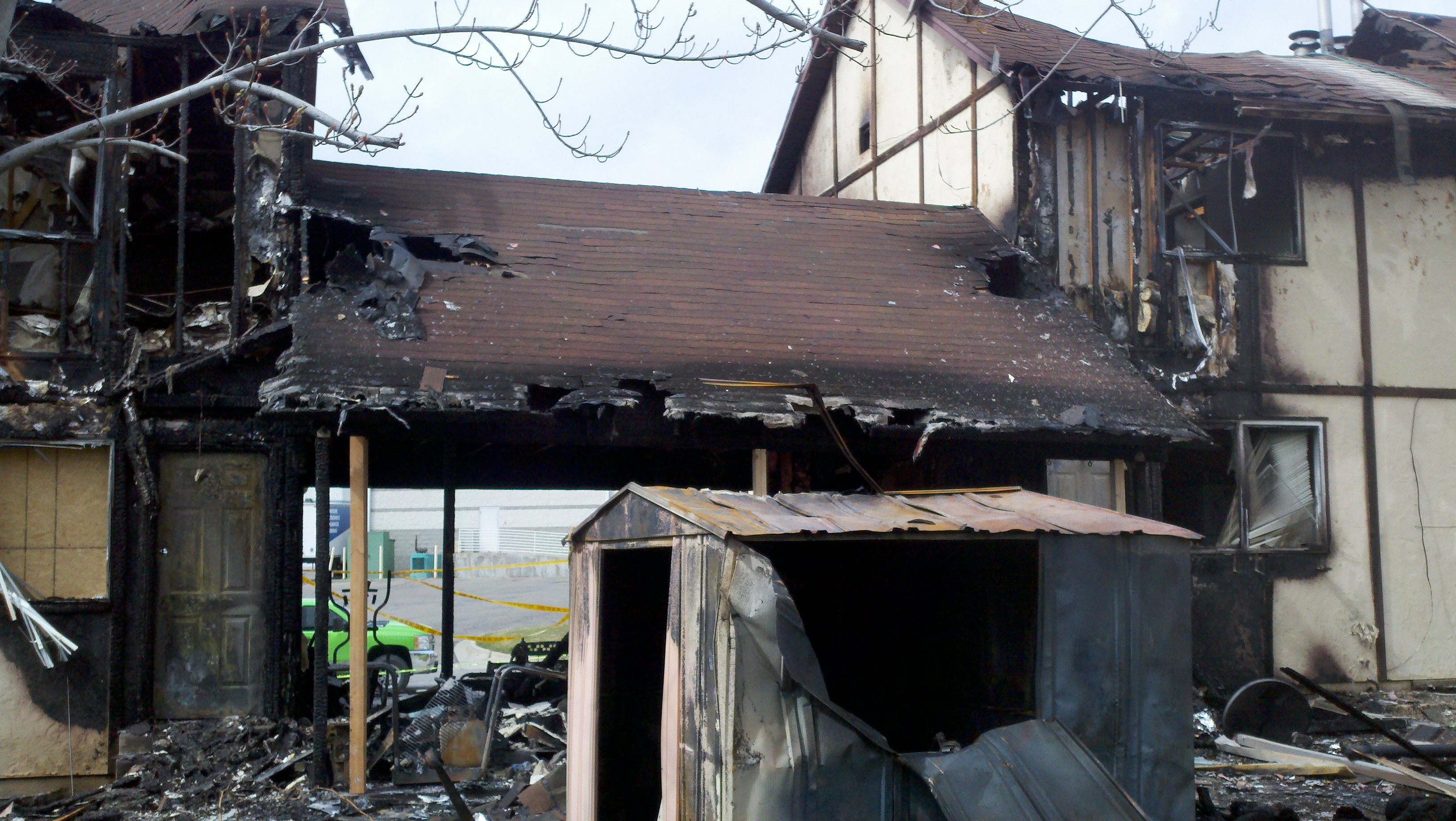