DENVER -- Utah's ban on same-sex marriage will go before a federal appeals court Thursday, in a case that could ultimately end up before the U.S. Supreme Court and decide once and for all the state of marriage in America.

The case of Kitchen v. Herbert is slated before a three-judge panel of the 10th U.S. Circuit Court of Appeals on Thursday. Regardless of the ruling expected in a few months, the case is certain to be appealed to the nation's top court.

At a rally here on Wednesday night, about 200 people showed up to support same-sex marriage, viewing Utah's case as one that could impact the nation.

"This is happening all over the country," said Anna Simon, who attended the rally with her wife, Fran. "It's time for marriage equality and we're so excited for Utah. We're keeping our fingers crossed for the ruling."

"This whole lawsuit, this whole year has really emphasized how much Utahns care about marriage," said Laurie Wood, one of the plaintiffs in the case against Amendment 3.

Wood and her wife, Kody Partridge, married in the frantic hours after U.S. District Judge Robert Shelby overturned the state's marriage ban on Dec. 20, 2013, declaring that Amendment 3 violated gay and lesbian couples' right to due process and equal protection under the U.S. Constitution.

Two of the other plaintiffs in the case, Derek Kitchen and Moudi Sbeiti, have yet to marry.

"We want the traditional marriage if you will, we want a ceremony, we want to invite all our friends and family," Kitchen said in a recent interview with FOX 13. "To us it's not about rushing to get married. It's about having the opportunity just like anybody else would."

"We want to walk down the aisle," Sbeity interjected, laughing.

In court, the plaintiffs' lawyer Peggy Tomsic will make the case that Utah's Amendment 3, which defines marriage as between a man and a woman and doesn't recognize anything else, discriminates -- treating same-sex couples and their families as "second-class citizens" and demeans them as humans.

"I do think Utah cares about marriage and family. I just hope that they see by extending marriage equality there will be children who can say, 'This is my family' and know they are recognized, individually, as a family, that they have legal protections they don't have otherwise."

After Judge Shelby's ruling on Dec. 20, 2013, same-sex couples rushed to county clerk's offices to obtain marriage licenses. Shelby and the 10th Circuit Court refused grant emergency requests by the state of Utah to halt the marriages. After 17 days, the U.S. Supreme Court granted a stay pending the appeal.

A review of marriage records given to FOX 13 from all of Utah's county clerks for the 17-day period revealed about 1,259 same-sex couples married in the state. The numbers show a decrease from the estimate of more than 1,300 provided to FOX 13 earlier this year.

Some county clerks provided exact numbers of licenses processed. Washington County said it had 55 licenses issued to same-sex couples, but only 53 were accepted.

Others, like Salt Lake and Davis counties, said it would not differentiate between same-sex couples. FOX 13 tabulated the numbers based on a review of names, correlating them with other accessible information on the marrying couples like social media pages.

In its own arguments, the state of Utah will tell the 10th Circuit Court that maintaining a traditional definition of marriage will preserve a state's right to determine what is best for its own people, as well as preserving a "child-centric" culture and avoiding religious and social strife.

"I don't think the Constitution requires the states to redefine marriage to include same-sex couples," said Bill Duncan, the head of the Marriage Law Foundation of the Sutherland Institute, a conservative think tank in Utah.

The Sutherland Institute has backed Utah's defense of Amendment 3, filing an amicus brief with the case. It has also hired Schaerr as a fellow to write papers for the think tank.

"Marriage has always been the way that our society encourages men and women to join together, and to do so in a way that recognizes the entitlement of children to be raised by a mother and father," Duncan said.

"They threw around the term 'child centric' and 'adult centric,' but I never read the term family centric. What we're about is being family centric. we're creating a family," he said. "Our family deserves the same right that straight families do."

Late Wednesday night, the Utah Attorney General's Office sent a letter to the 10th U.S. Circuit Court, indicating it would limit its citation of a controversial study on same-sex parents.

"The Regnerus study cannot be viewed as conclusively establishing that raising a child in a same-sex household produces outcomes that are inferior to those produced by man-woman parenting arrangements," Schaerr wrote the court.

The Utah Attorney General's Office has said that if it loses the appeal of Shelby's ruling, it is prepared to take the Amendment 3 case to the U.S. Supreme Court. Since the December ruling, other states' marriage bans have been overturned and other appeals courts face similar cases.

A week after Utah's arguments, the same judges before the 10th Circuit will hear Oklahoma's appeal after a judge there overturned that state's same-sex marriage ban.

Other state attorneys general have dropped out of defending same-sex marriage bans, believing they could not prevail. In an interview with FOX 13, Utah Attorney General Sean Reyes insisted his office had a duty to defend Amendment 3.

The attorney general refused to state his personal feelings on same-sex marriage.

"I don't think they're relevant to the case," Reyes said. "I think, again, it's the duty of the attorney general regardless of their personal feelings to stand up and protect the Constitution and the laws of the state of Utah."

Since the ruling, Partridge said, the debate in Utah has been reignited about marriage, family and equality.

"It feels like the world has evolved," she said. "That people are really standing up for marriage equality." 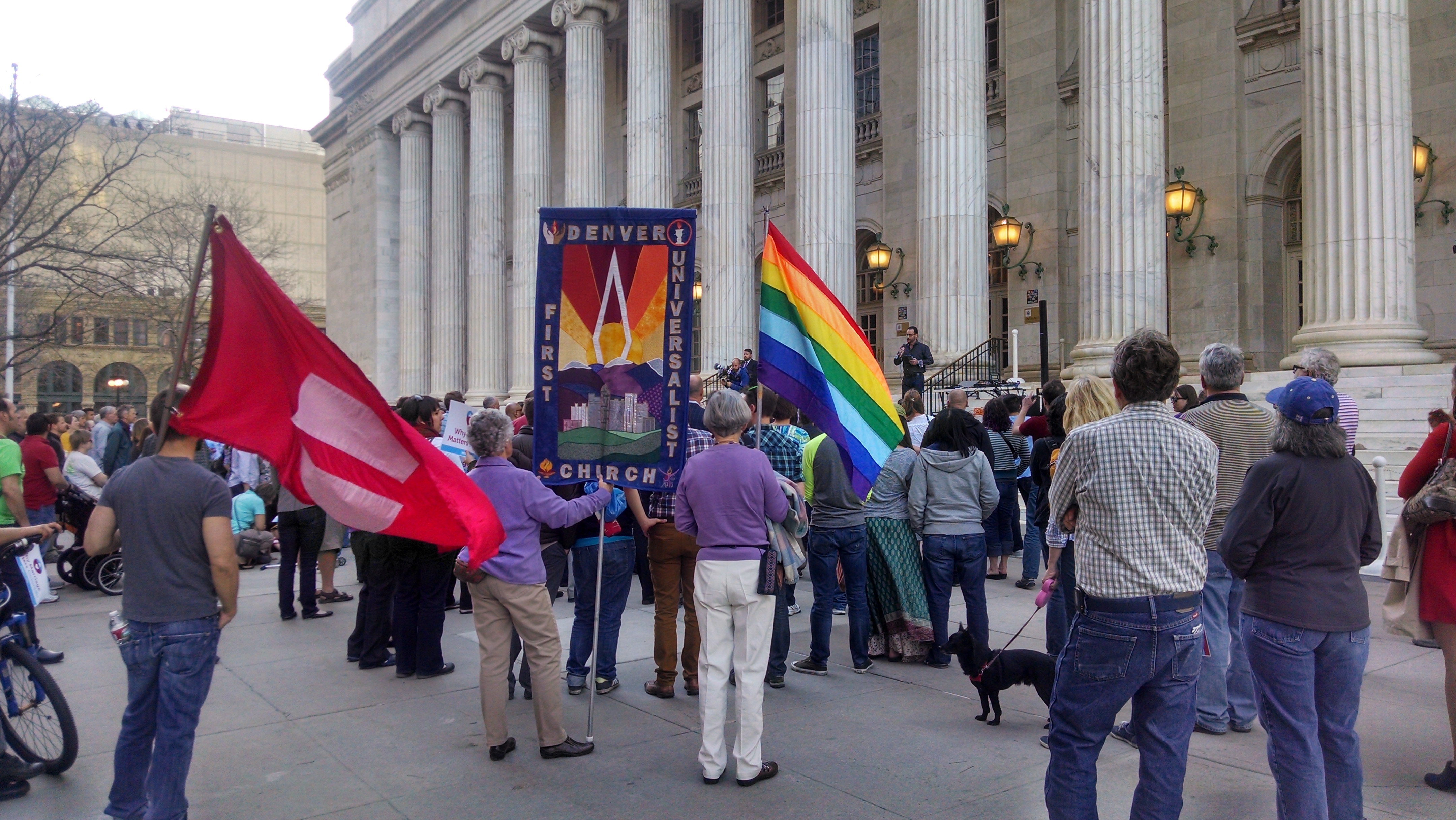