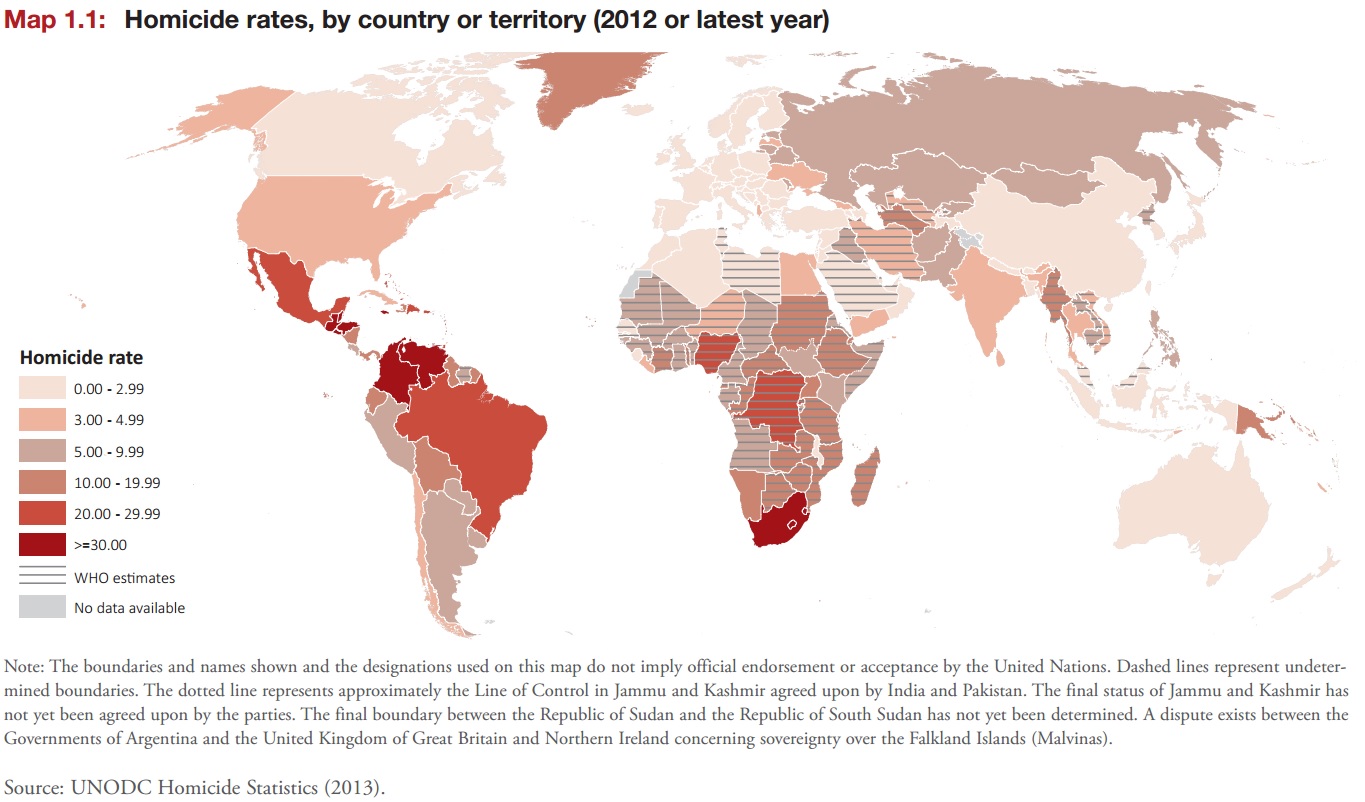 (CNN) — Honduras has the world’s highest murder rate, according to a United Nations report released on Thursday.

The report analyzes the intentional homicides of about 437,000 people around the world in that year.

Honduras also topped the list in the office’s last report, released in 2011.

In the Americas, homicide rates have been five to eight times higher than those of Europe and Asia since the mid-1950s, the study says, describing the phenomenon as “the legacy of decades of political and crime-related violence.”

Here’s a look at the U.N.’s latest tally of nations with the highest homicide rates:

The report also provides a look at what kinds of weapons were used in homicides around the world.