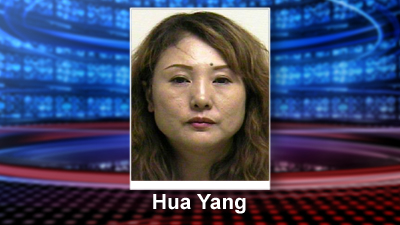 PLEASANT GROVE, Utah — Police searched a Pleasant Grove massage parlor Friday morning after conducting an investigation, and one woman has been arrested for allegedly soliciting sex acts and massaging without a license.

Captain Michael Roberts of the Pleasant Grove Police Department said they were approached some time ago by customers of the parlor.

“We were contacted by some of the patrons of the Hong Kong Massage Parlor here in Pleasant Grove, who had stated that during some massages they were solicited sexual acts,” Roberts said.

Roberts said they began an independent investigation and learned some of the employees were women from New York. He said they sent an undercover officer to the location on two occasions, and an employee allegedly solicited sex acts on the officer’s second visit.

Police arrested Hua Yang, who police said is in her 50s. Roberts said Yang is not the owner of the parlor, and he said they have not yet been able to speak to the business owner.

A search warrant was served on the business Friday morning, and Roberts said it’s possible further arrests will be made as the investigation continues.