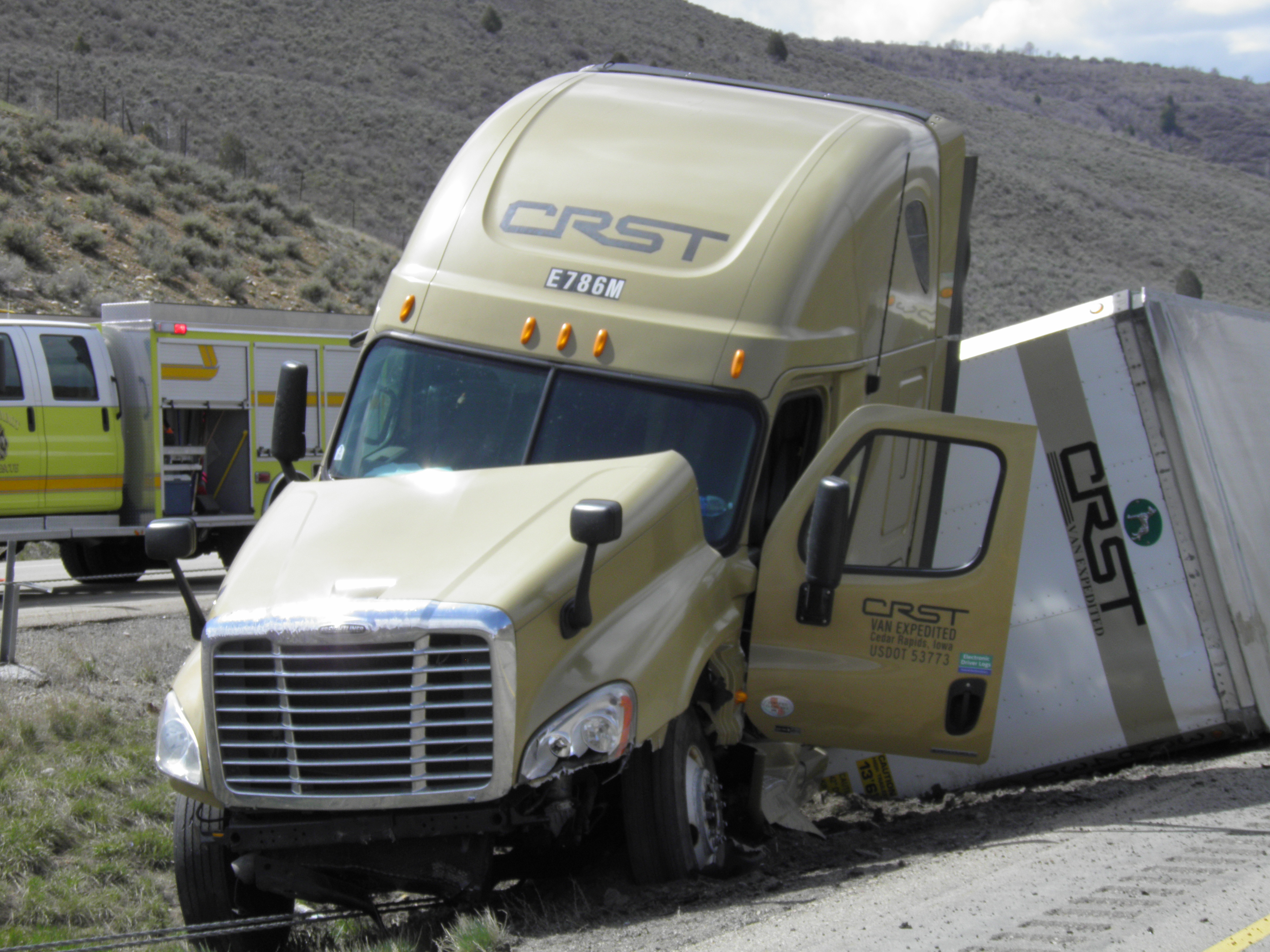 SUMMIT COUNTY – A man was taken to a hospital with minor injuries after the semitrailer he was driving crashed into a cable barrier on I-80 Saturday afternoon.

The accident occurred on I-80 in Summit County near mile marker 174, and lanes were temporarily closed in the area starting around 12:30 p.m. but they later reopened.

According to information from the Utah Highway Patrol, the 50-year-old driver said he did not remember driving off of the road, but witnesses reported they saw the vehicle drift slowly off the road before crashing into the barrier.