PROVO -- Provo Fire responded to a second suspected arson within a week.

At approximately 3:48 a.m. fire crews responded to 4800 N Edgewood Dr., close to The Shops at Riverwoods where another building in the vacant complex was engulfed in flames.

On April 11, fire crews responded to the same complex where three abandoned duplexes were engulfed in flames shortly before 3 a.m.

Fire Marshal Lynn Schofield said the flames in both fires were intentionally set.

Firefighters took a defensive approach in Saturday morning's fire and let the structure burn for the safety of the crew. Schofield said a firefighter was treated for carbon monoxide poisoning on scene.

"We'd really like to get this stopped," Schofield said.

There are five more structures part of the complex that have not been damaged. Schofield said the value of the property is approximately $15,000. 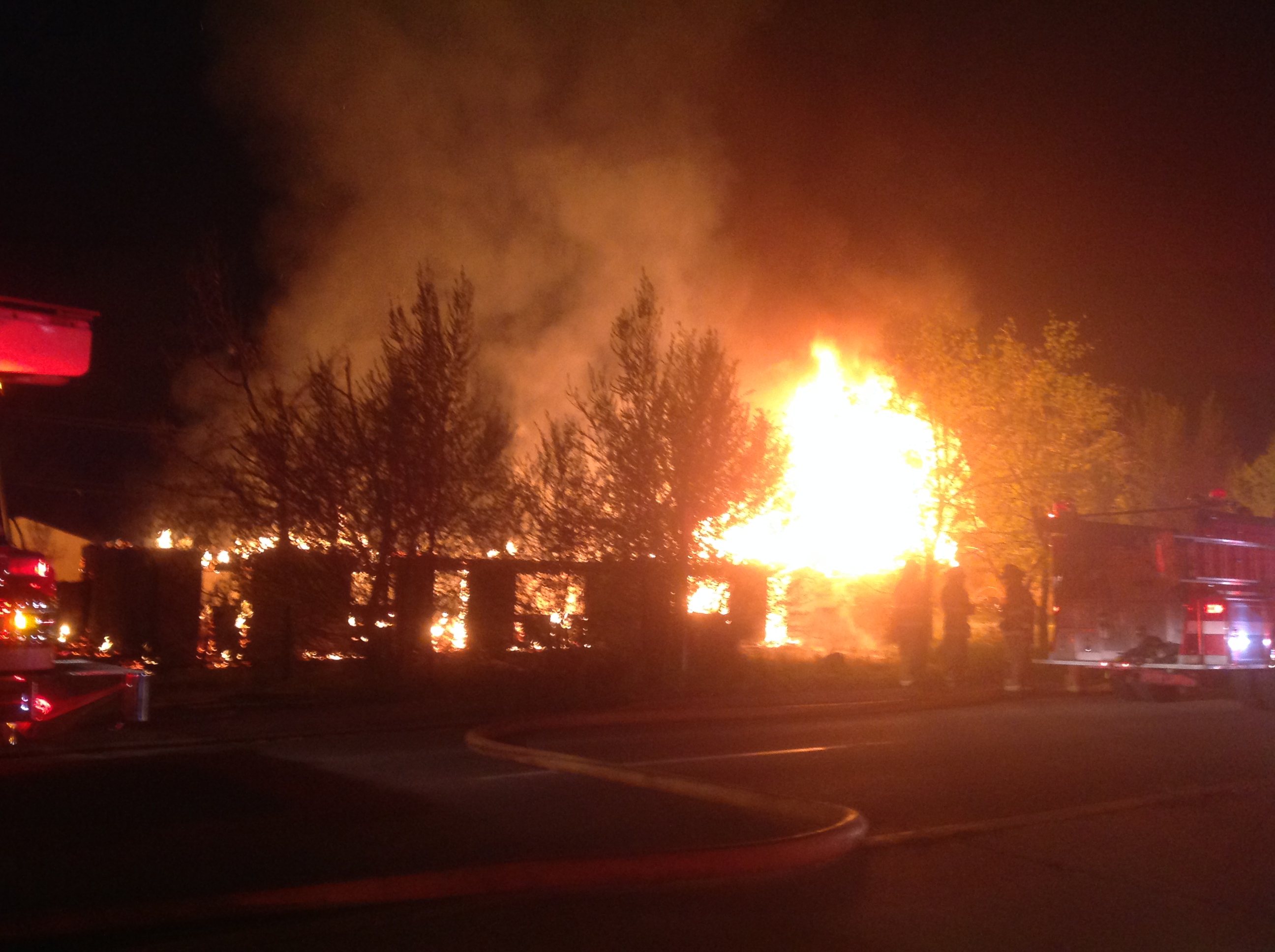