2 injured, 1 in serious condition after crash on SR 68

UTAH COUNTY – Crews responded to a rollover accident on State Route 68 near Utah Lake Sunday, and at least one person was seriously injured.

According to information from the Utah Department of Public Safety, the vehicle was traveling southbound at a high rate of speed when the driver failed to negotiate a turn and lost control at around 5:33 p.m. near mile marker 16.

The vehicle went off a road, through a fence and rolled at least four times.

Officials with the Utah Highway Patrol said the passenger in the vehicle was not wearing a seat belt and was ejected; the 22-year-old male was transported to a hospital by helicopter in critical condition.

The 23-year-old male driver of the vehicle was not ejected, and he was taken to Mountain View Hospital by ground ambulance. The condition of the driver was not provided by police. Officials initially reported that both men had been ejected, but a press release issued later Sunday evening stated that only the passenger was ejected in the crash.

Police stated drugs or alcohol do not appear to be factors, and they said they are investigating the crash. 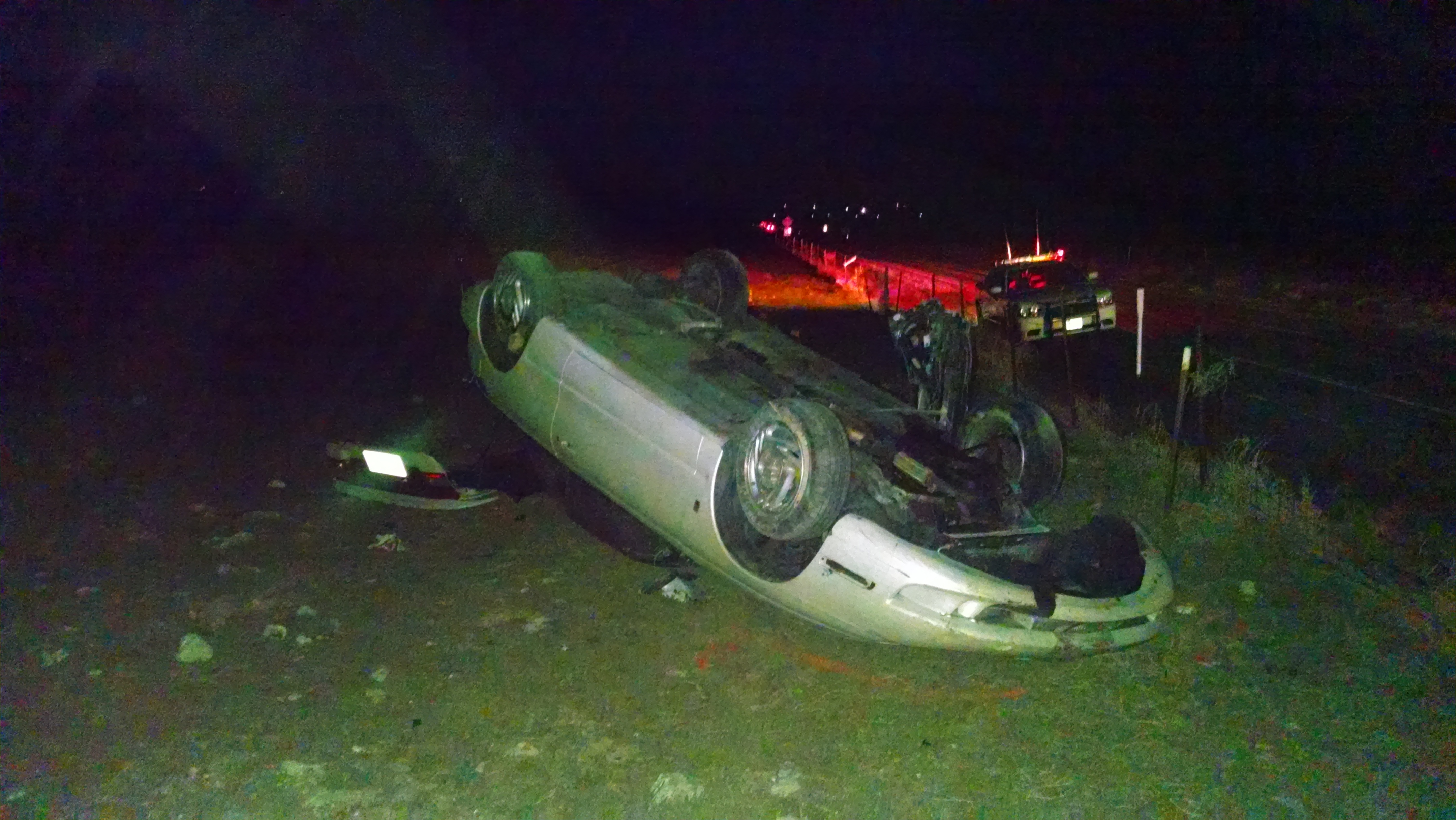