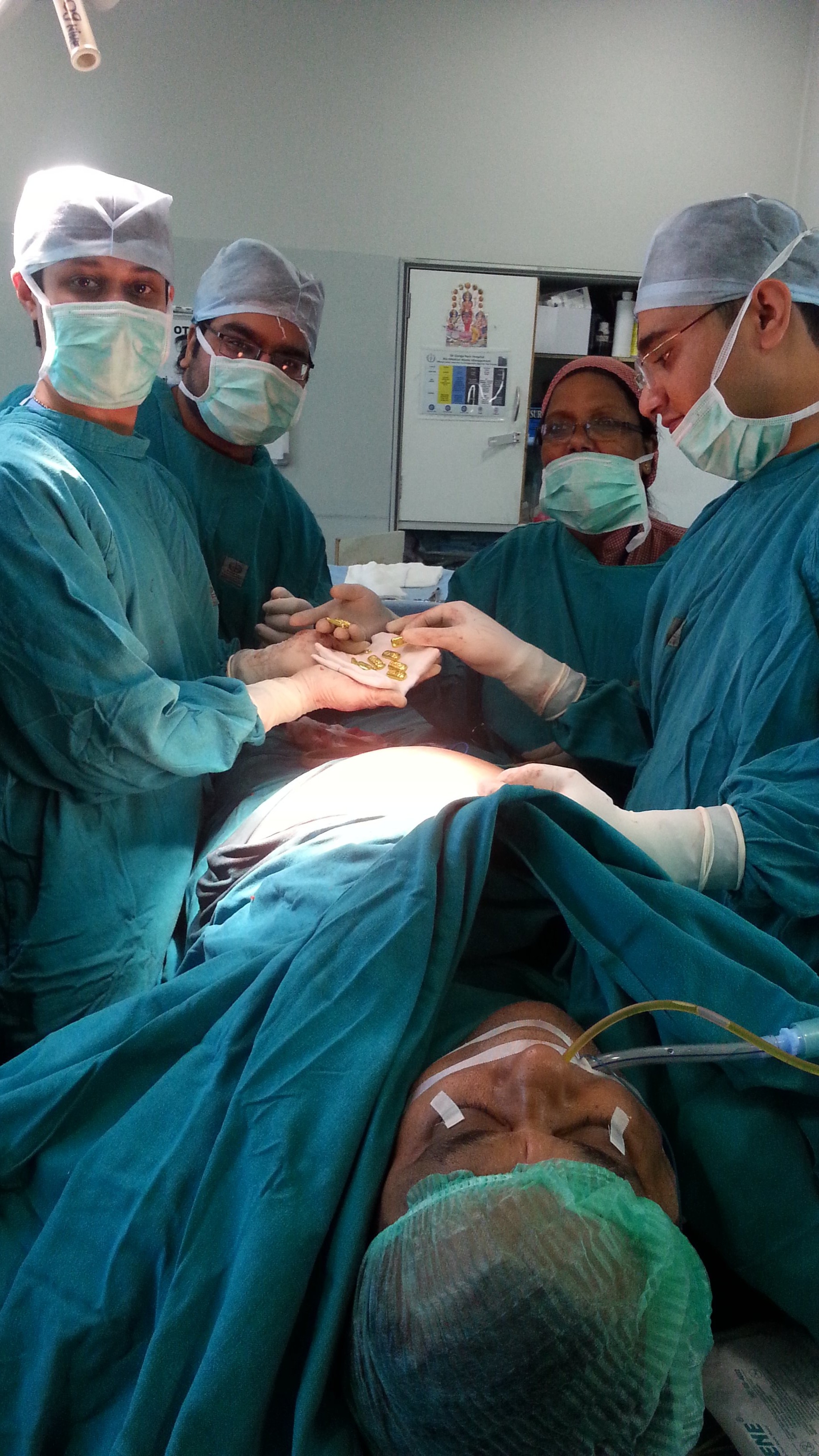 NEW DELHI, India (CNN) — When a team of Indian surgeons opened up the stomach of a patient complaining of abdominal pain, they had no idea they’d extract a fortune.

The patient, whose name was not released, was hiding 12 gold bars in his belly. He apparently smuggled them into India to evade import duty, police and doctors said Tuesday.

Each bar weighed 33 grams, said C.S. Ramachandran, who conducted the surgery at a hospital in New Delhi on April 9.

The 63-year-old patient, an Indian citizen, visited the hospital a day before with severe stomach pain and nausea.

“He told us he had accidentally swallowed the cap of a plastic bottle,” Ramachandran said.

Investigations could not confirm his claim.

“We couldn’t (either) make out they were gold bars,” the doctor said. “But yes, X-Rays showed there was intestinal blockage, which required surgery.”

On the day of surgery, stunned doctors pulled out the yellow metal from his stomach.

“It was unexpected,” Ramachandran said.

The hospital handed over the precious extraction to local police.

The bars have since been sent to customs, which is conducting a probe, said Alok Kumar, a deputy commissioner of police.

He didn’t disclose the name of the patient. Nor did he reveal which country he smuggled the gold from.

The patient was discharged after the surgery, and is doing fine.

India is the world’s second-largest gold market after China, according to the World Gold Council.

Indian investment in gold bars recorded an increase of 16% in 2013, the WGC says.

A tax of 10% is levied on gold imports in India.