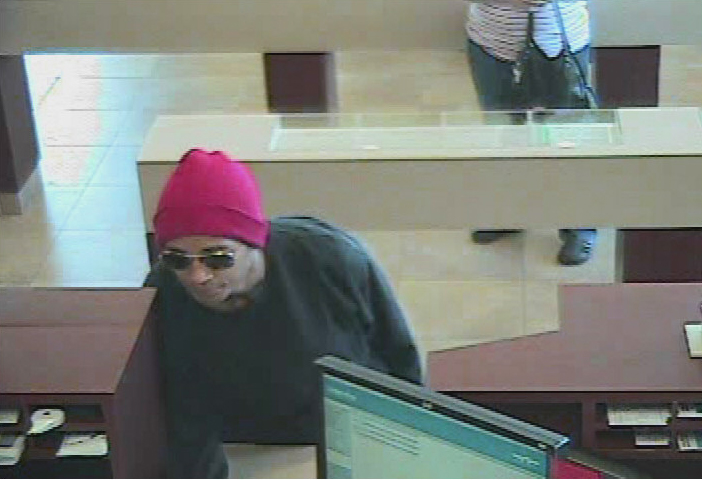 TAYLORSVILLE, Utah – Police are searching for a suspect who allegedly robbed a credit union Wednesday afternoon.

According to a press release from the Unified Police Department, the suspect entered the bank and gave the teller a note demanding money. The suspect made threats about a weapon, and the teller gave the suspect an undisclosed amount of cash.

The suspect fled and got into the passenger seat of a silver Pontiac Montana that was parked in the lot. A description of the driver was not provided. The suspect who entered the bank is pictured above. Police did not offer any further descriptions of the suspect.

Officials said no weapon was displayed during the robbery and no injuries were reported. They stated the suspect should be considered armed and dangerous.

Anyone with information about the suspect or the alleged crime is asked to call police at 385-468-9819.