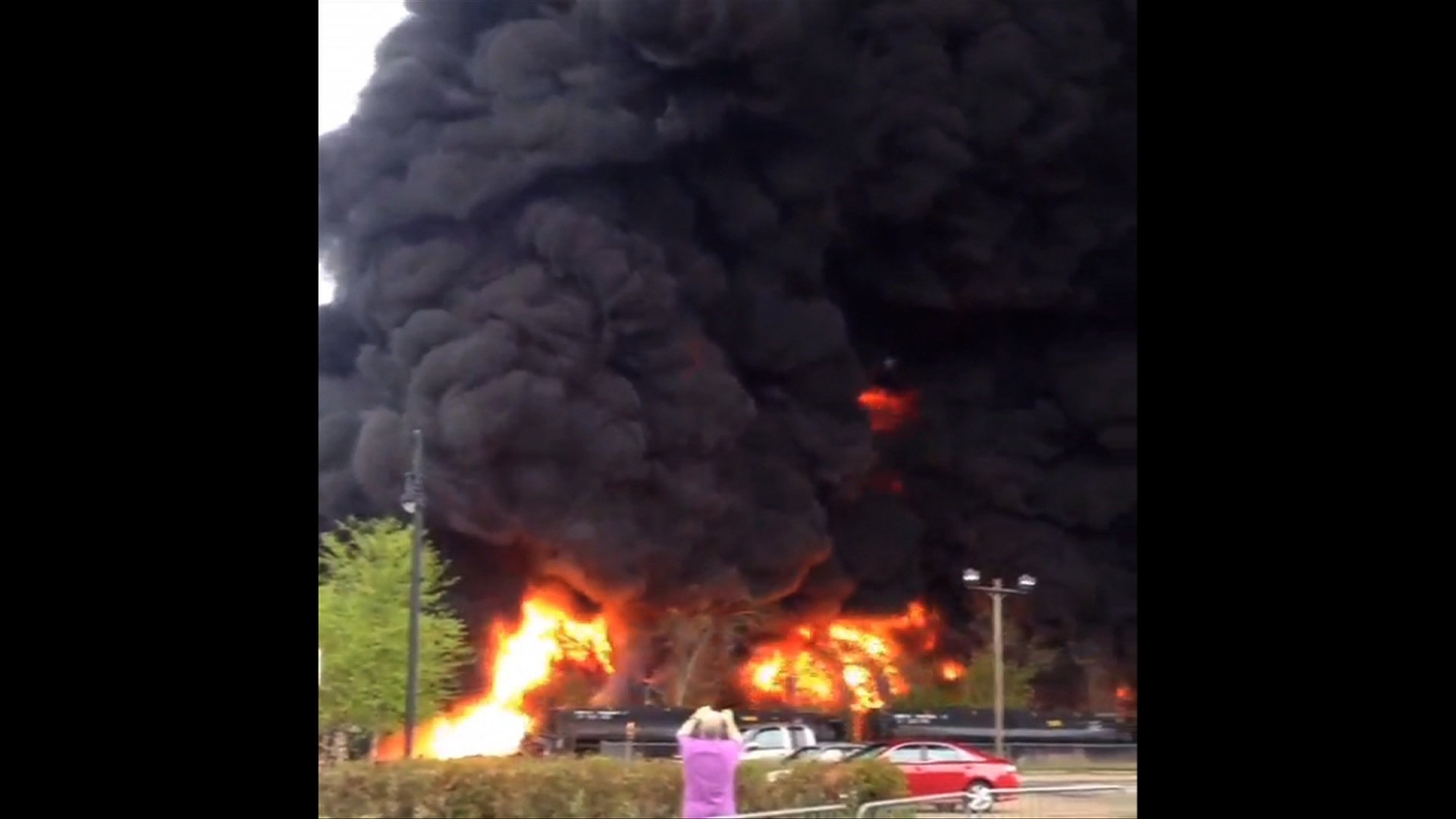 By Matt Smith and Deanna Hackney

Between 12 and 14 cars from a CSX freight train were involved in the derailment, which occurred along the James River and left oil burning along the river’s surface, city government spokeswoman JoAnn Martin said. Buildings near the derailment were evacuated, and firefighters let the blaze burn out, she said.

At least three tank cars fell into the river, a photograph taken at the scene showed. CSX said three of the cars burned and the fire was out within about two hours.

An oil boom in North Dakota and Canada has led to a fourfold increase in the amount of crude shipped by rail since 2005, according to the U.S. National Transportation Safety Board. Environmentalists and regulators have been paying more attention to those shipments since a July derailment and fire killed 47 people in a small town in Quebec.

“This train track runs right through the heart of Richmond, by the way. This could easily have happened in the heart of the capital city,” Besa said. He said it wasn’t clear whether the oil would burn off completely without leaving residues on the ground or in the river.

“These are the questions that should have been asked before we started doing this,” he said.

The volume of oil spilled or burned wasn’t immediately known. The NTSB and the Federal Railroad Administration are sending investigators to the site, those agencies said.

The federal Environmental Protection Agency was monitoring the air at the request of state officials, EPA spokeswoman Enesta Jones said.

Martin said Lynchburg’s drinking water wasn’t affected by the spill. But in Richmond, more than 100 miles downriver, authorities have begun drawing drinking water out of a separate canal rather than the James as a precautionary measure, said Angela Fountain, a spokeswoman for the city’s Department of Public Utilities.