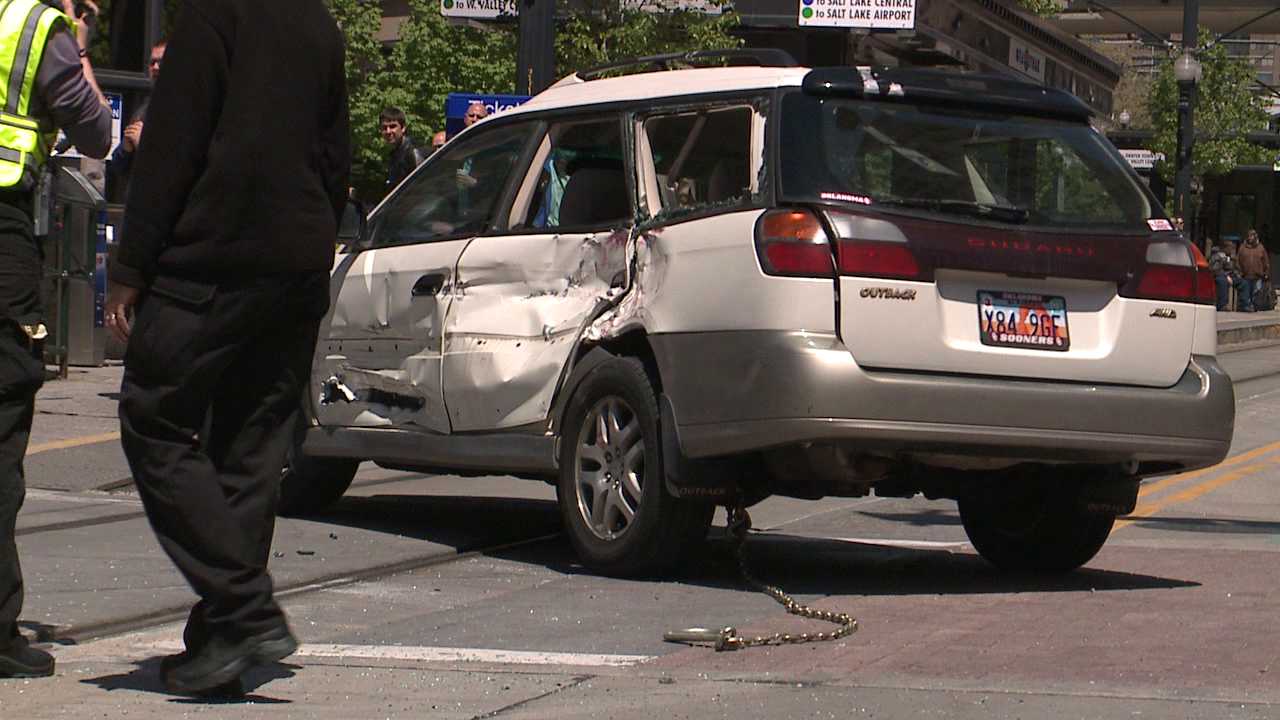 SALT LAKE CITY — A car traveling alongside a TRAX train was struck when it turned left in front of the train Wednesday afternoon, a spokesman for the Utah Transit Authority said.

The collision occurred around 12:22 at 100 S Main St. in downtown Salt Lake City.

The incident resulted in delays along the TRAX green line to the airport. There were no injuries reported.