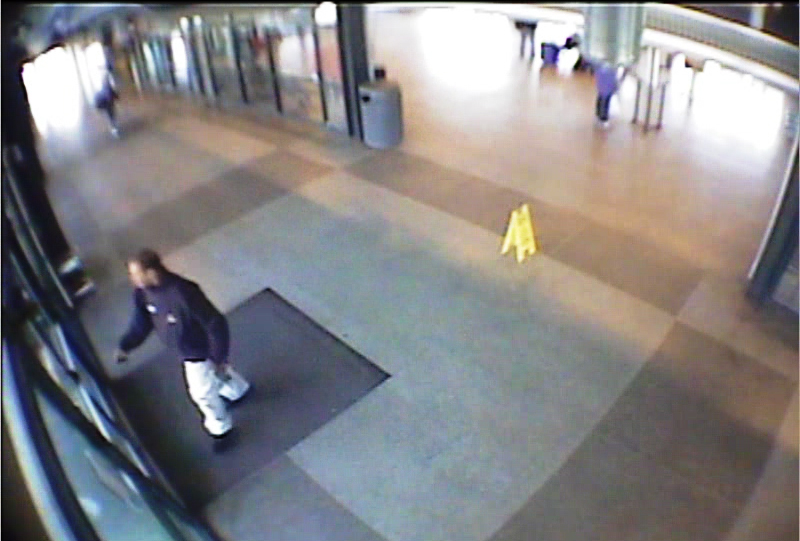 SALT LAKE CITY – Police have released video footage and still pictures of a man who allegedly raped a juvenile female in Pioneer Park in early April.

According to a press release from the Salt Lake City Police Department, a male committed forcible rape against a victim he met at a shelter near Pioneer Park.

The suspect is described as a black adult male with a light complexion, and he is pictured in the photos above and video below. The video footage is from a Greyhound Bus Terminal at 600 W. 300 South the man visited the same day as the alleged assault. He was wearing white pants, a dark jacket, a red or maroon shirt and a beanie type hat.

The press release stated the rape occurred in early April when the man brought the girl from the area of the shelter to the southeast corner of Pioneer Park and forced her to have sex with him.

Anyone who recognizes the suspect or who has information about the alleged crime is asked to call police at 801-799-3000.