Video shows semitrailer engulfed in flames on I-15 near Beaver

SOUTHERN UTAH -- Traffic was slowed on I-15 about 18 miles north of Beaver Saturday after a semitrailer caught on fire.

FOX 13 News viewer Rainer Huck submitted video footage of the incident, which is available above, and photos from officials posted below show the aftermath of the fire.

According to information from the Utah Department of Public Safety, a tire blew out on the trailer and caused the vehicle to ignite around 9:25 a.m. The vehicle, which was hauling furniture and tires, was completely destroyed.

The driver was not injured. Traffic was slowed for several hours, but all lanes were later cleared. 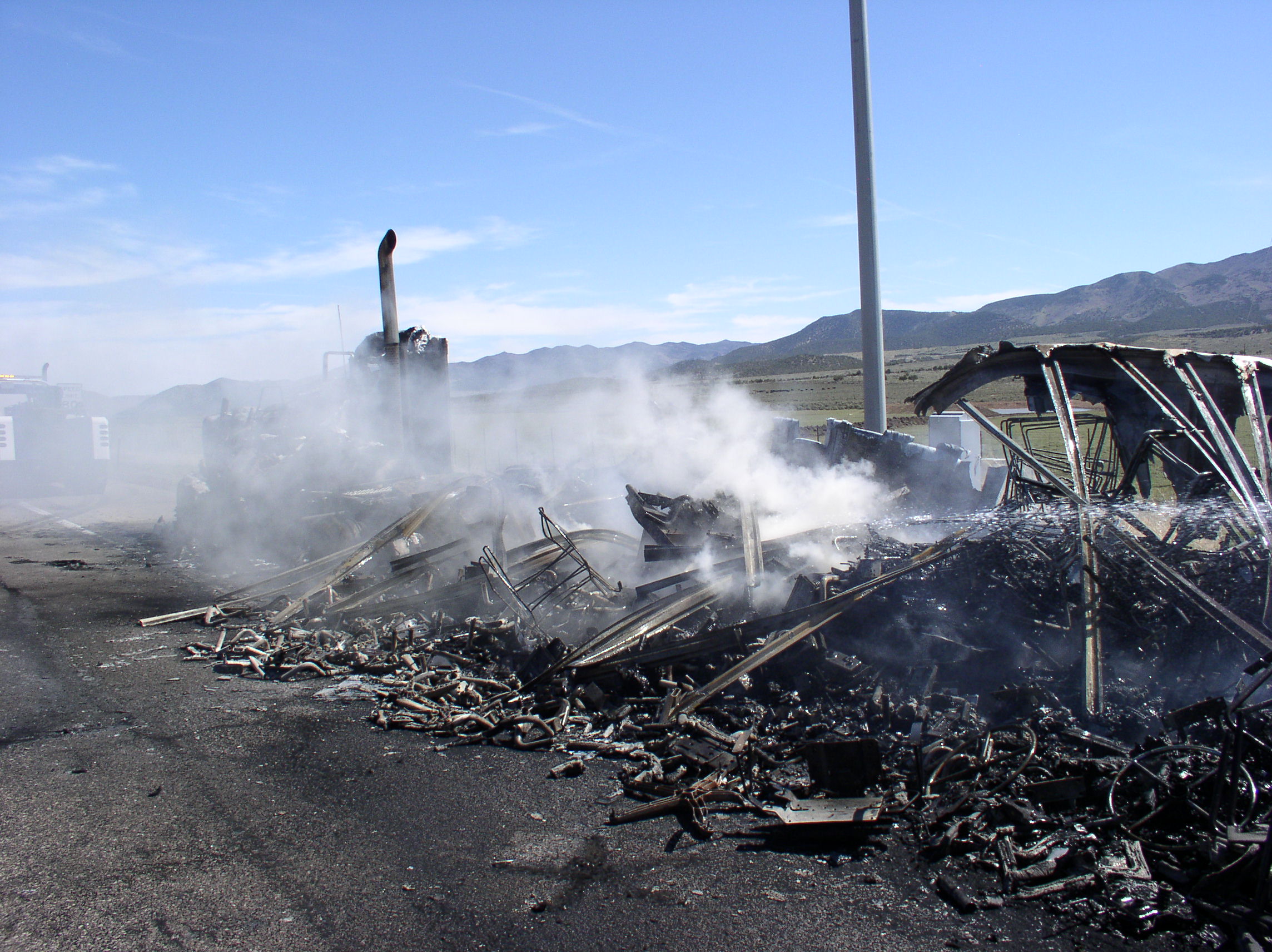