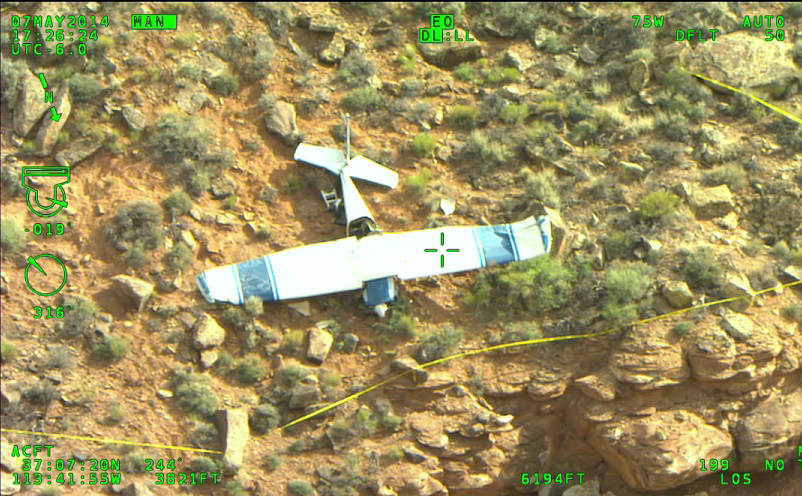 SANTA CLARA — Two people were killed in a plane crash southwest of Santa Clara Wednesday, and officials said the aircraft is registered to a flight school in St. George.

Deputies and emergency personnel were dispatched to the area and, with the help of a medical helicopter, confirmed a plane crash had occurred.

A later press release indicated that the bodies of both male victims had been recovered. Sgt. Dave Crouse with the Washington County Sheriff’s Office said the terrain was a challenge for retrieval personnel.

“At this point the terrain is the main variable, getting the personnel out there is obviously an obstacle we are having to overcome,” he said.  “Thank goodness we have Search and Rescue as well as BLM and other agencies assisting in this investigation and making sure we can get the proper resources where they need to be.”

The victims’ names have not been released pending notification of their next of kin. Officials said the names would be released sometime Thursday.

Officials stated in the second press release: “At this point we are unaware of any radio traffic or emergency beacons indicating the aircraft was in distress prior to the incident. The Sheriff’s Office will continue to work with investigators from the FAA to try and determine the cause of the accident.”