5 in custody after SWAT activity in Clinton; lockdown at nearby schools lifted

CLINTON -- Lockdowns at two Clinton schools have been lifted after a wanted fugitive and four other people were taken into custody at a nearby home.

Clinton police said they received a tip from the Weber-Morgan Narcotics Strike Force Wednesday morning that a suspect wanted for an aggravated assault in Roy was staying at a home near Voyage Academy, a K-6 charter school.

Both Voyage Academy and Clinton Elementary School were placed on "soft lockdown," meaning the teachers, staff and students remained inside their schools and the doors leading outside were locked.

Meanwhile, Clinton police attempted to make contact with the suspect.

"We tried to make contact by every means possible, and then, when we realized there was possible weapons involved, the SWAT team was called out," said Chief Bill Chilson, Clinton Police Department. "We did believe there was only four people in the house. It turned out to be five, three of which we don't really believe is involved in the assault situation."

In a statement sent to FOX 13 shortly after 11 a.m., Voyage Academy Director Stacee Phillips said the lockdown was lifted after Clinton City police advised them that the situation had been resolved. 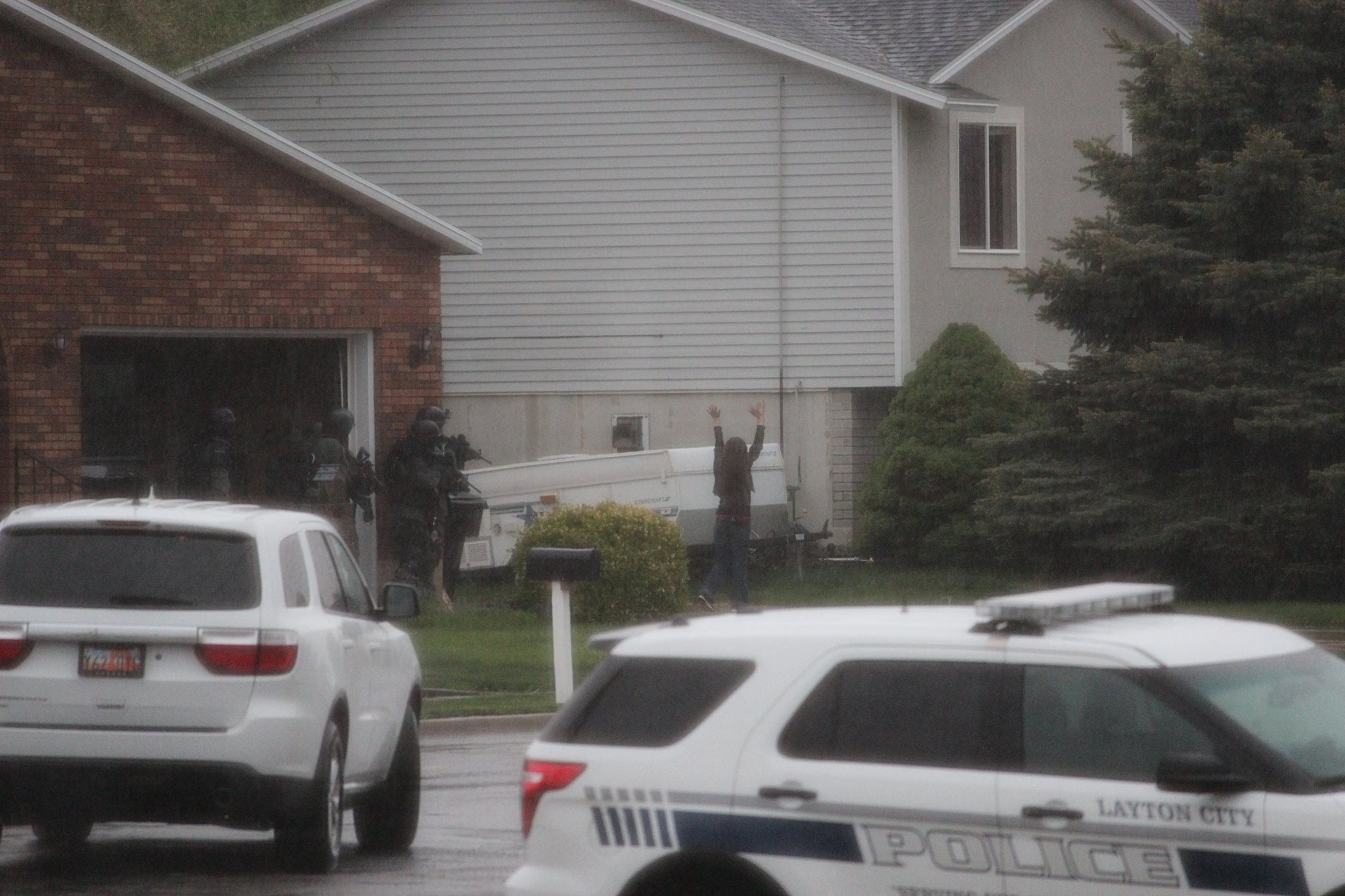