According to information from the Unified Fire Authority, the incident occurred around 1:45 p.m. when a woman drove a vehicle into Corner Bakery, located at 264 E 12300 South.

Officials with the Draper police department said two females who were inside the bakery were taken to a hospital, one with serious injuries and the other with critical injuries. The car came through a wall and part of the way into the restaurant. Officials said there were between 40 and 50 people, customers and employees, inside the bakery when the accident occurred.

The elderly woman was attempting to park her car when she accelerated for an unknown reason. Draper police officials said they do not believe the driver was intoxicated. 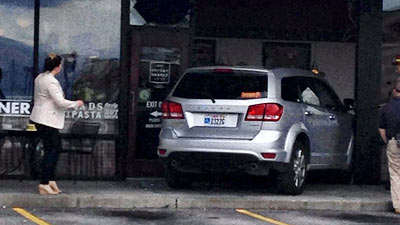