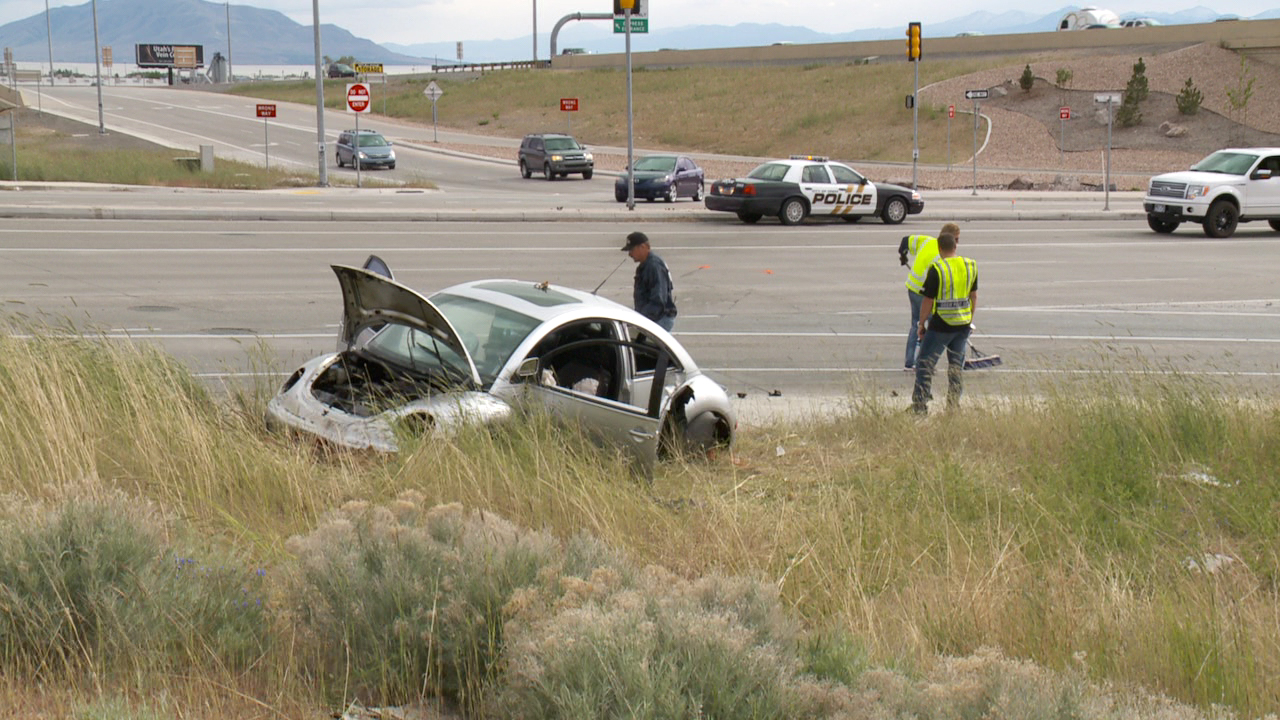 OREM, Utah – Two people were taken to a hospital with non-life-threatening injuries after a car hit a curb, went airborne across a road and took out a street light before landing.

Police in Orem said they received several reports Sunday regarding a Volkswagen Beetle that was going too fast on I-15 between Provo and Orem.

The vehicle exited the freeway onto 800 North around 3:45 p.m., and the car didn’t slow down. It hit a curb and went airborne across the road, taking out a street light before landing.

Police said they believe alcohol was a factor in the crash.