ROOSEVELT, Utah – A man was driving along when he noticed a garbage bag with a paw sticking out, and what he decided to do next saved a life and started a friendship.

Ethan Cox stopped to investigate the bag, and he said when he approached he saw the bag move as the barely alive puppy inside took a breath.

Cox drove the injured 5-month-old dog for three hours until he reached an animal hospital, where veterinarians were able to save the dog’s life.

She said: “It just gets you, you know, right in your heart, it's like: ‘oh my gosh, how could somebody do something like this to such a sweet innocent little creature?’ And, I mean my heart goes out to this puppy because he’s been such a fighter and he's just given it everything he has to get through this trauma.”

Cox decided to adopt the puppy, which he has named “Chance” in honor of the canine’s second chance at life. Personnel are accepting donations to help with Chance’s medical bills.

Those who would like to help can contact Mountain View Animal Hospital in Sandy at 801-523-1176. Funds left over after Chance is treated will be used to help other pets in need of charity care. 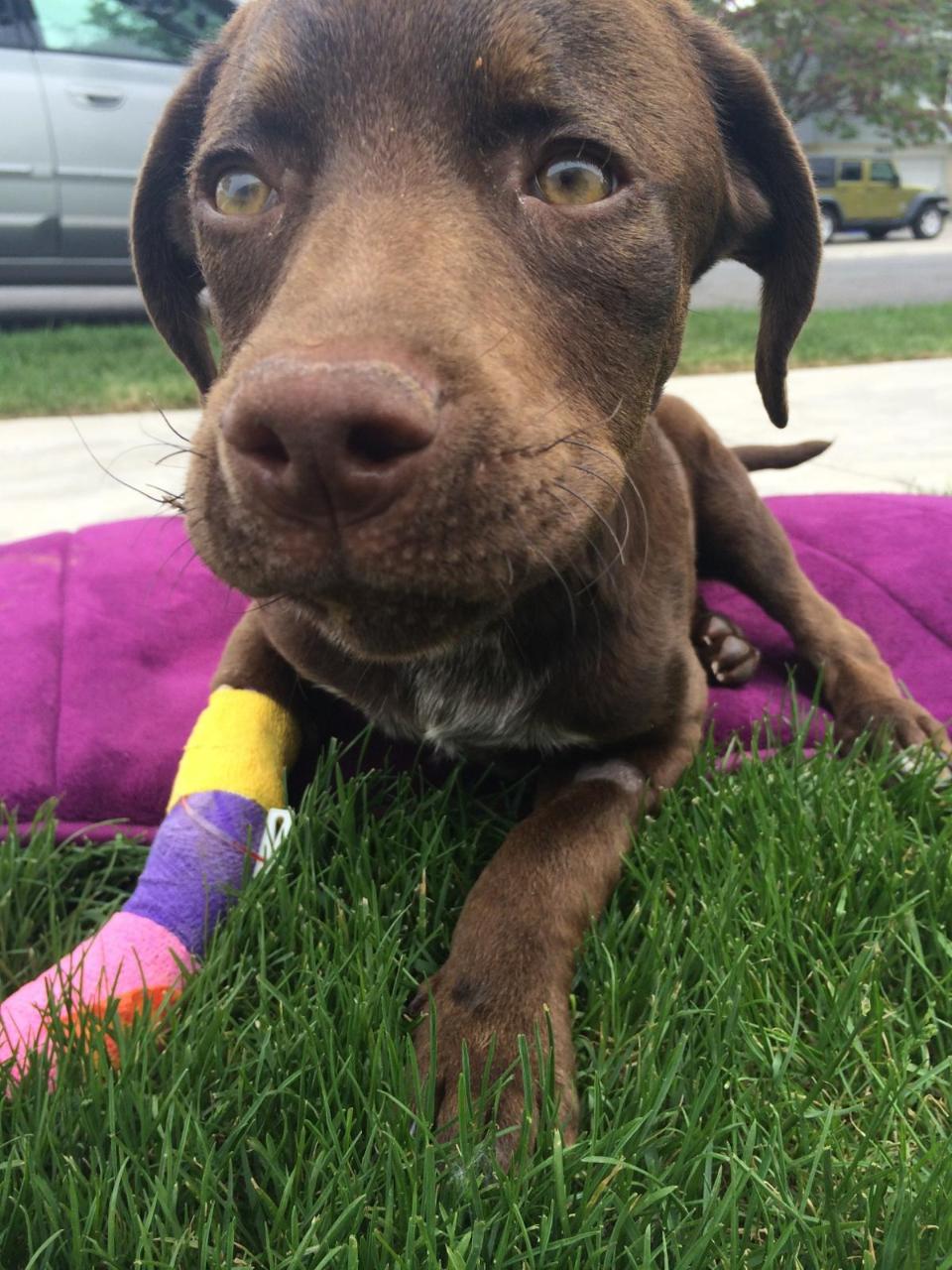