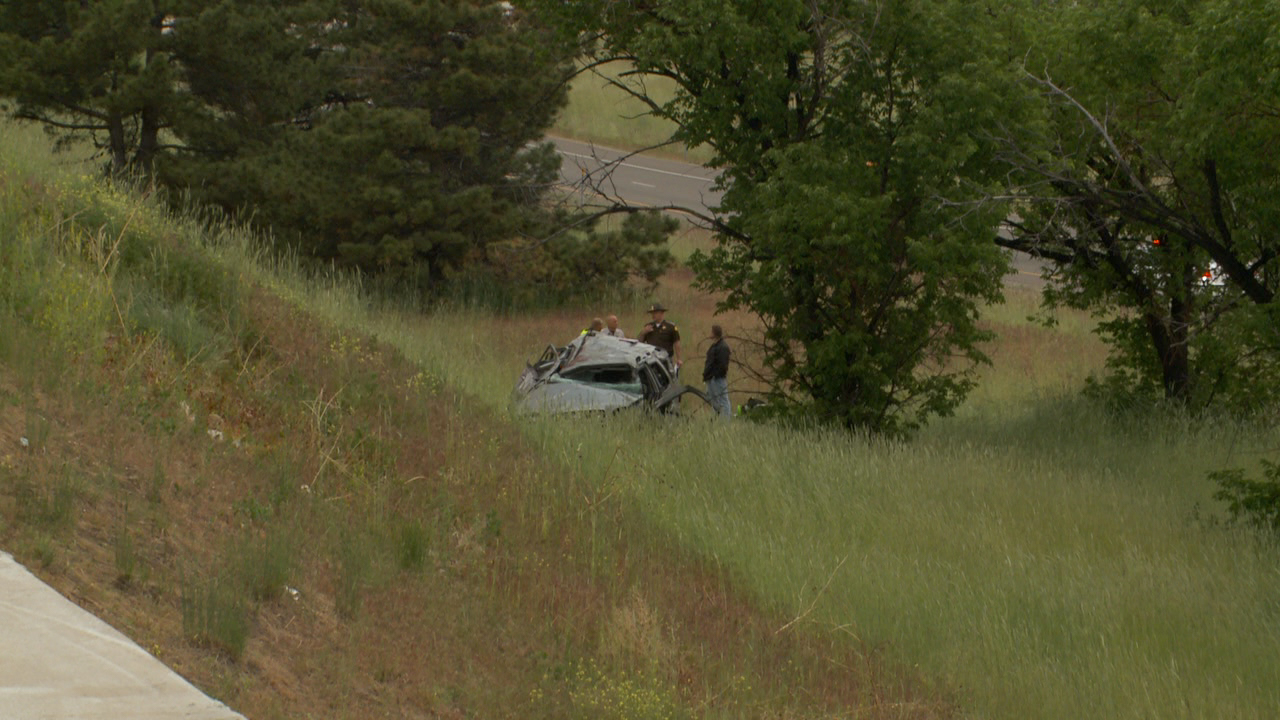 CLEARFIELD, Utah — A family traveling on I-15 was in a rollover crash Saturday morning that caused the mother’s death, put the father in critical condition, and injured the four children.

The single vehicle rollover crash happened at 7:43 a.m. near mile post 336, and officials said the vehicle impacted the median for unknown reasons, rotated across its lane of travel and then rolled to wind up down a hillside an estimated 100 yards from the initial impact of the crash.

Lt. Ed Michaud of the Utah Highway Patrol said the 35-year-old woman, later identified as Rebecca Riley of Kaysville, was pronounced dead at the scene.

“It appears that everybody in the vehicle was restrained, however there is some speculation that perhaps the mother was not properly wearing her shoulder harness,” he said. “…If the seat belts are properly restrained they are far more effective than when they are improperly restrained.”

Follow up information from the Utah Department of Public Safety indicated that, “Her seat belt shoulder-strap appears to have been moved behind her back and was not properly worn.”

“He was in an extreme amount of pain, as he had several open fractures,” Michaud said.

The four children were taken to a hospital with injuries Michaud described as being not life-threatening. According to information from the Utah Department of Public Safety, the children sustained minor injuries. An 8-year-old female, a 5-year-old female, a 3-year-old male and a 6-month-old female were all restrained properly using the appropriate restraints for children of their age.

Officials said this is the first fatality during the 100 day period officials call the 100 Deadliest Days. The time between Memorial Day weekend and Labor Day typically has an increase in fatalities on Utah roadways.

Michaud said the advice they have for motorists this weekend isn’t anything new: “The same advice we give every weekend: Please buckle up. Reduce your speed. Drive the speed limit, and for heaven’s sake: don’t drink and drive, ever.”

It is not clear what caused the vehicle to crash into the median. Michaud said they are investigating the crash, and FOX 13 News will have more information as it becomes available.