UTAH COUNTY - A 5-year-old girl is dead after a vehicle crash near Lehi on I-15 Sunday morning, and officials said if the child had been properly restrained she may not have been ejected and killed in the crash.

A Ford Explorer occupied by a Midvale family was traveling south on I-15 at mile marker 284 when the accident occurred around 7 a.m.

The driver lost control of the vehicle after tread from the right rear tire separated and came off, according to information from the Utah Department of Public Safety. As a result, the vehicle struck a concrete barrier and then rolled. Five-year-old Alondra Alvarado was ejected and pinned under the vehicle, and she suffered fatal injuries. Utah Highway Patrol officials stated the booster seat did not appear to have been used correctly.

"It is highly likely that proper use of a seat belt with the booster seat would have prevented Alondra Alavarado from being ejected and killed in this crash," officials stated in a press release.

Sgt. Jacob Cox of the Utah Highway Patrol said there was no indication that anyone else was injured in the crash. Two adults, 35-year-old Jairo Figueroa and 31-year-old Gabriela Alvarado, were in the car as well as two children other than Alondra, ages four and one. UHP officials said they want to remind parents to make sure children are properly restrained at all times when traveling on any roadways. 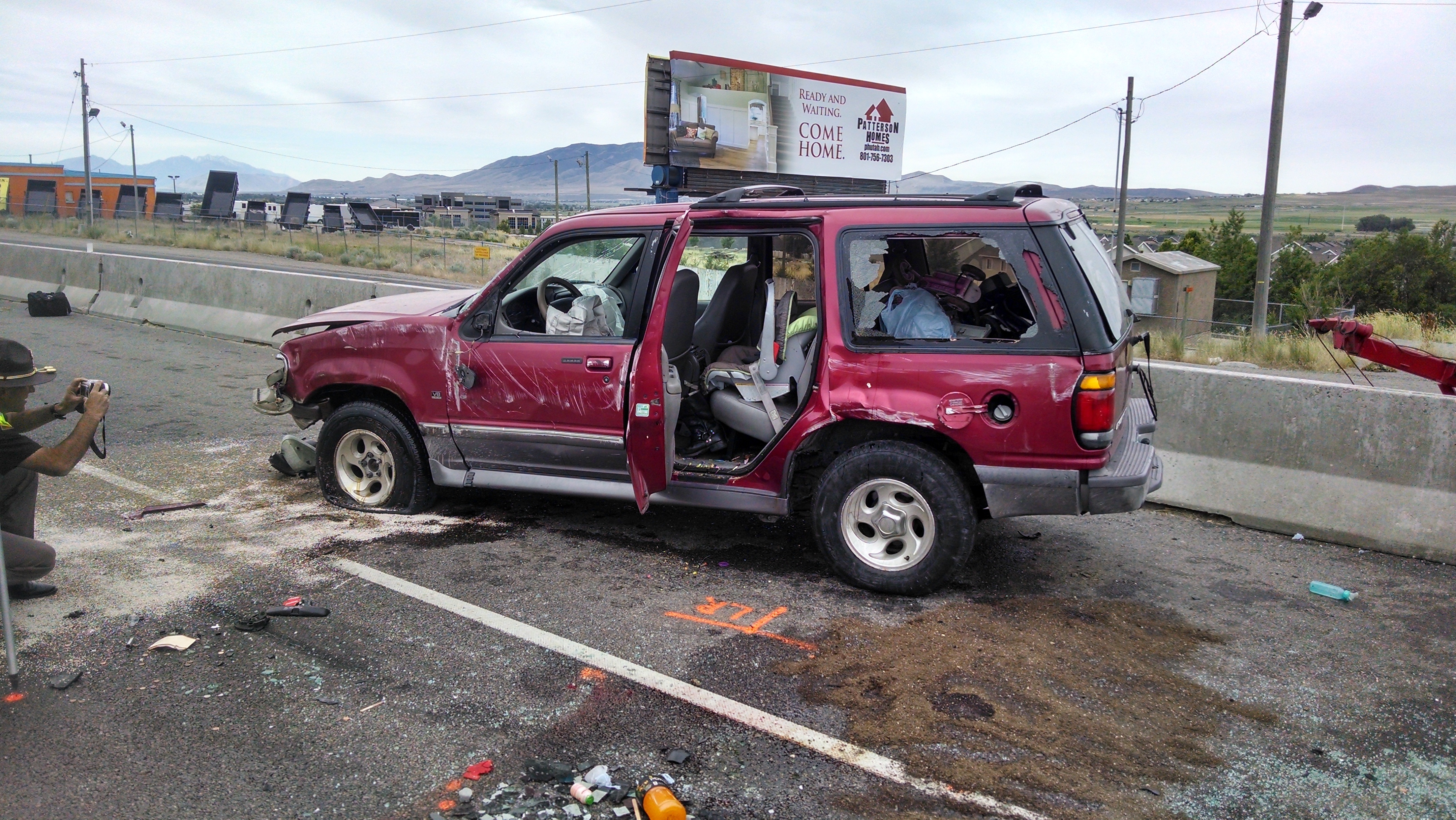