GARFIELD COUNTY, Utah – An Orem man is dead after he crashed his motorcycle into an RV Saturday.

Speed is considered to be a primary factor in the accident. 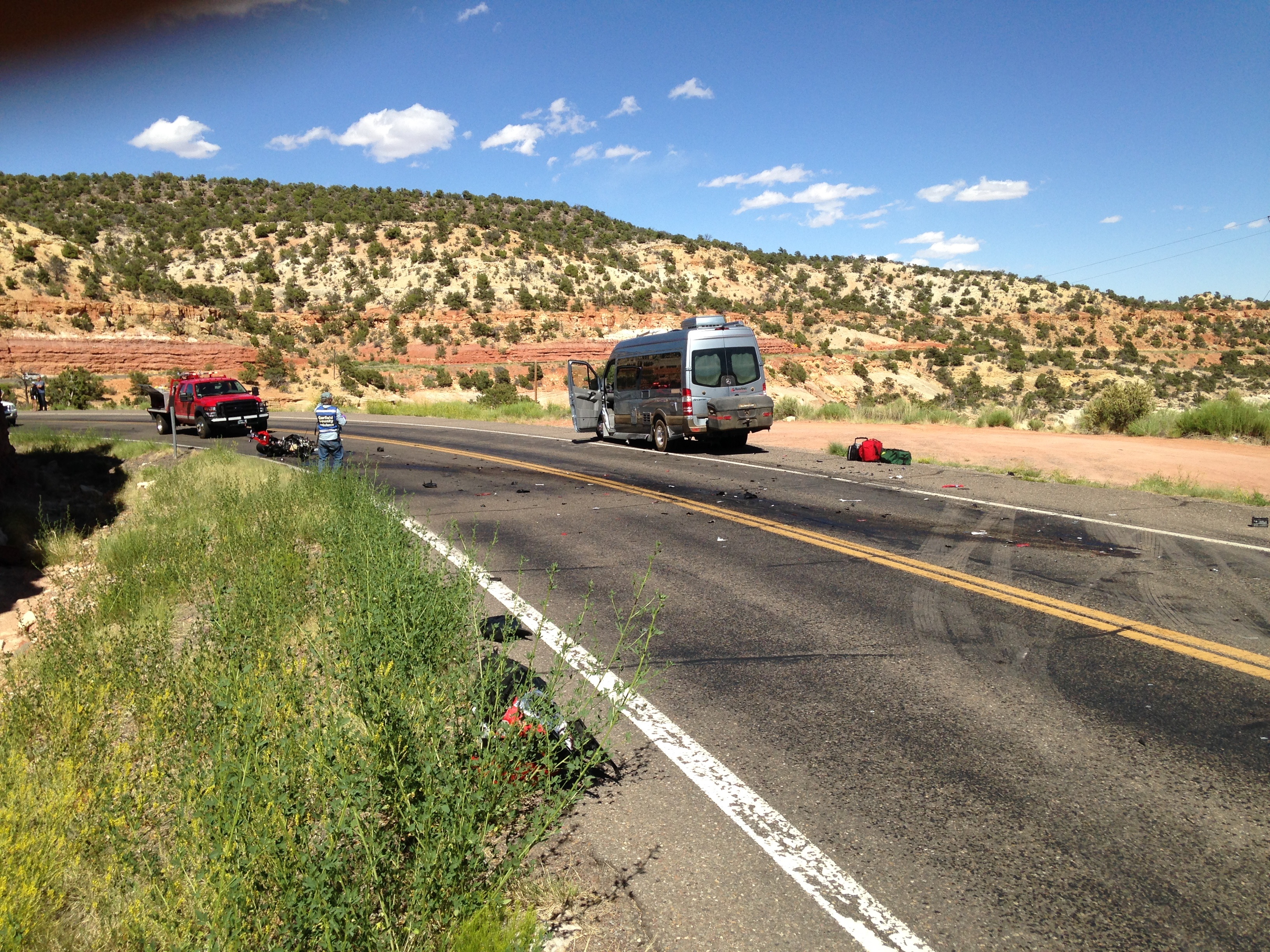