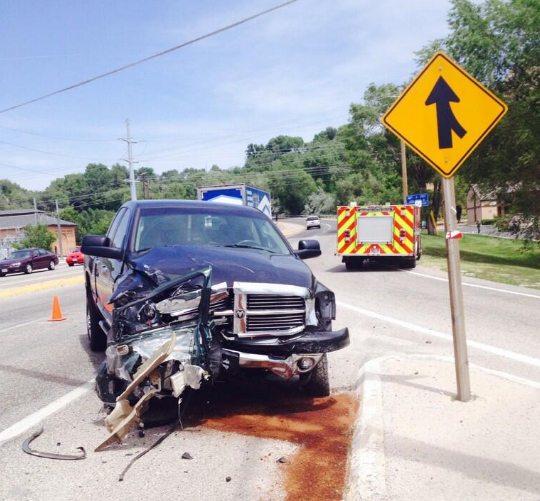 According to information from the Ogden Police Department, the accident was at 12th Street and Harrison Boulevard around noon.

Officials later identified the deceased as 19-year-old Ryan Michael Emilio McCutchen of Roy, Utah. It was not clear if there were any other injuries associated with the crash.

Photos from the Ogden Police Department show damages to the two vehicles involved.