Home a total loss after fire in Grantsville 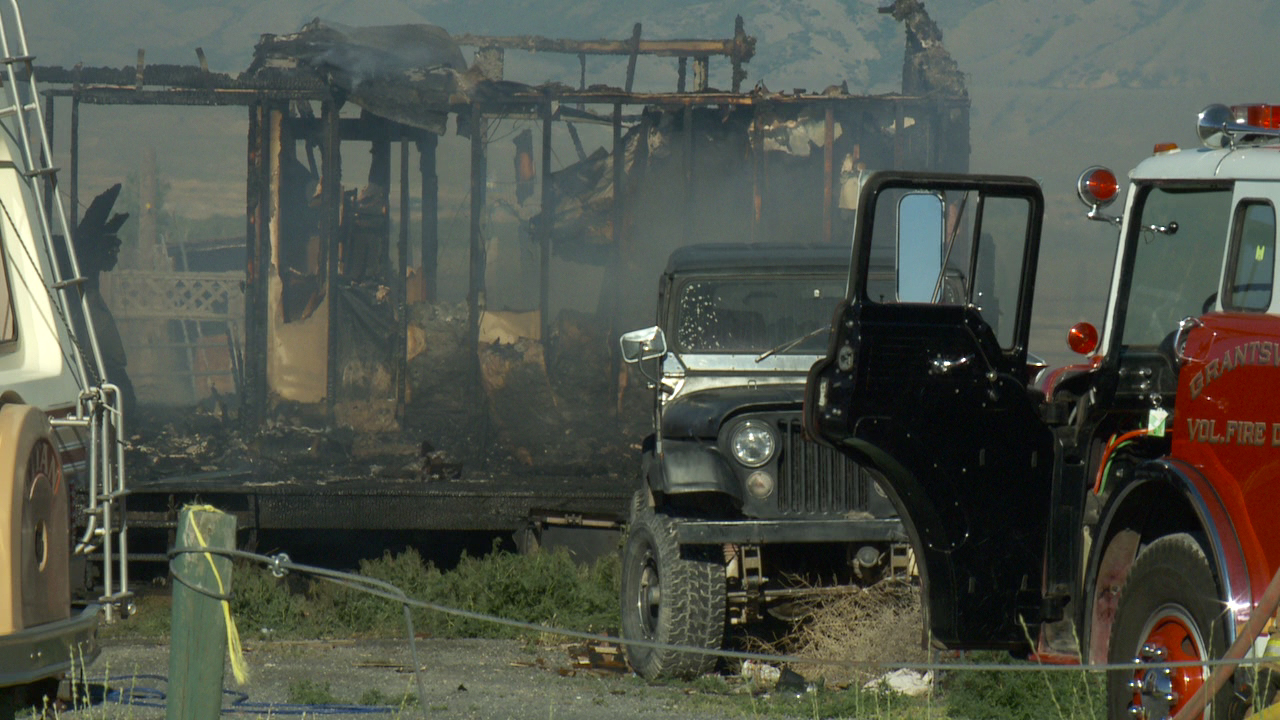 GRANTSVILLE, Utah — A family has been displaced after a grill caught fire and the flames then spread to a home in Grantsville.

Officials said a man was cooking on the grill when the grill caught fire; the man grabbed his daughter and ran to the front yard.

The man and his daughter were the only ones at home, and after he and the girl left the backyard the man returned to try and put out the fire. He abandoned the attempt upon realizing the propane tank on the grill had exploded and the fire had grown out of control.

Fire crews responded and extinguished the blaze. Ryan Willden of the North Toole County Fire District said they were able to keep the flames from spreading to nearby grassy areas and other residences.

“We’re thrilled about that and were able to get a good stop to that,” he said. “There’s a lot of homes in the area that are to the south of here that could have potentially been affected by that, so we’re glad that we were able to get that stopped quickly.”

Willden said crews used water tenders to bring in additional water supplies to fight the fire, as water isn’t always available in rural areas like this.

The home is a total loss, and the family is staying with relatives. Officials with the American Red Cross were assisting the family.