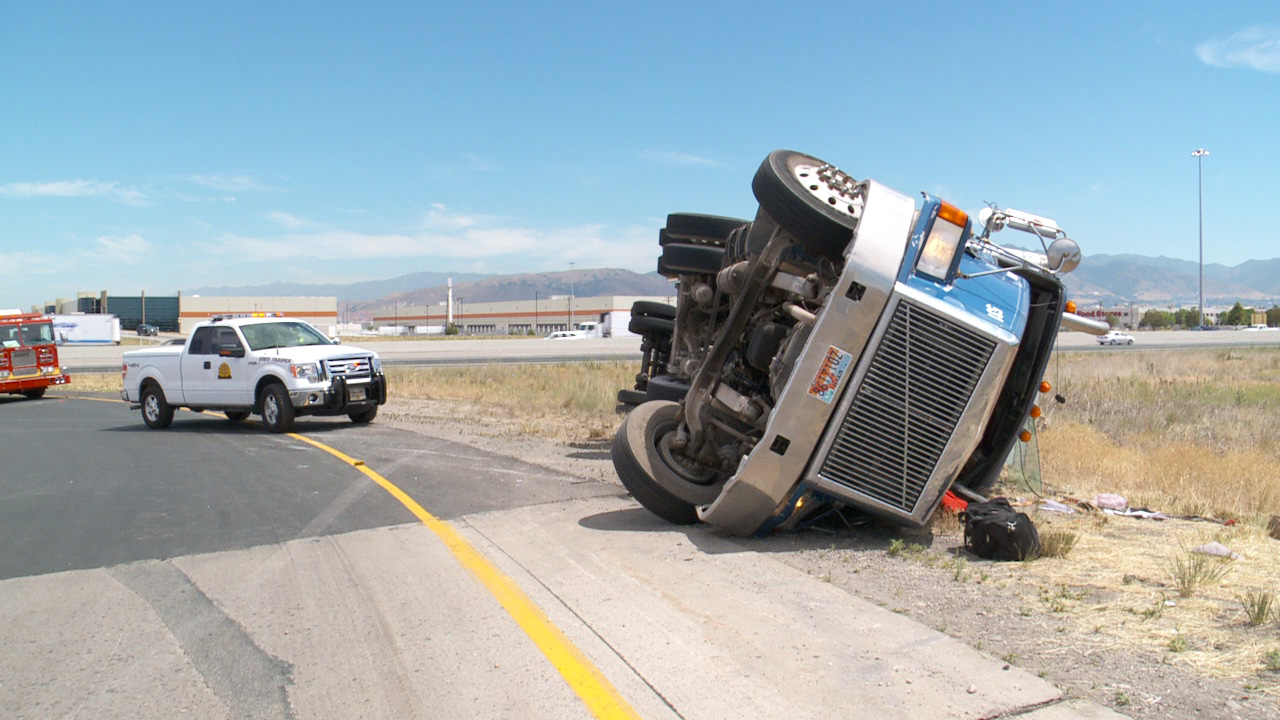 SALT LAKE CITY – Officials said the driver of a semitrailer was taken to a hospital with serious injuries after the truck rolled while moving onto I-215 Wednesday afternoon.

Sgt. Blaine Robbins of the Utah Highway Patrol said the vehicle was heading east on State Route 201, and when the vehicle got on the ramp to go northbound on I-215 the truck rolled. He said the crash occurred at about noon.

Officials said it isn’t clear how fast the truck was going, but witnesses told police the truck may have been traveling too fast to negotiate the turn. The ramp was closed for several hours Wednesday afternoon as crews responded.

The driver of the vehicle was taken to a hospital, and officials said the driver’s injuries were serious but did not appear to be life-threatening.