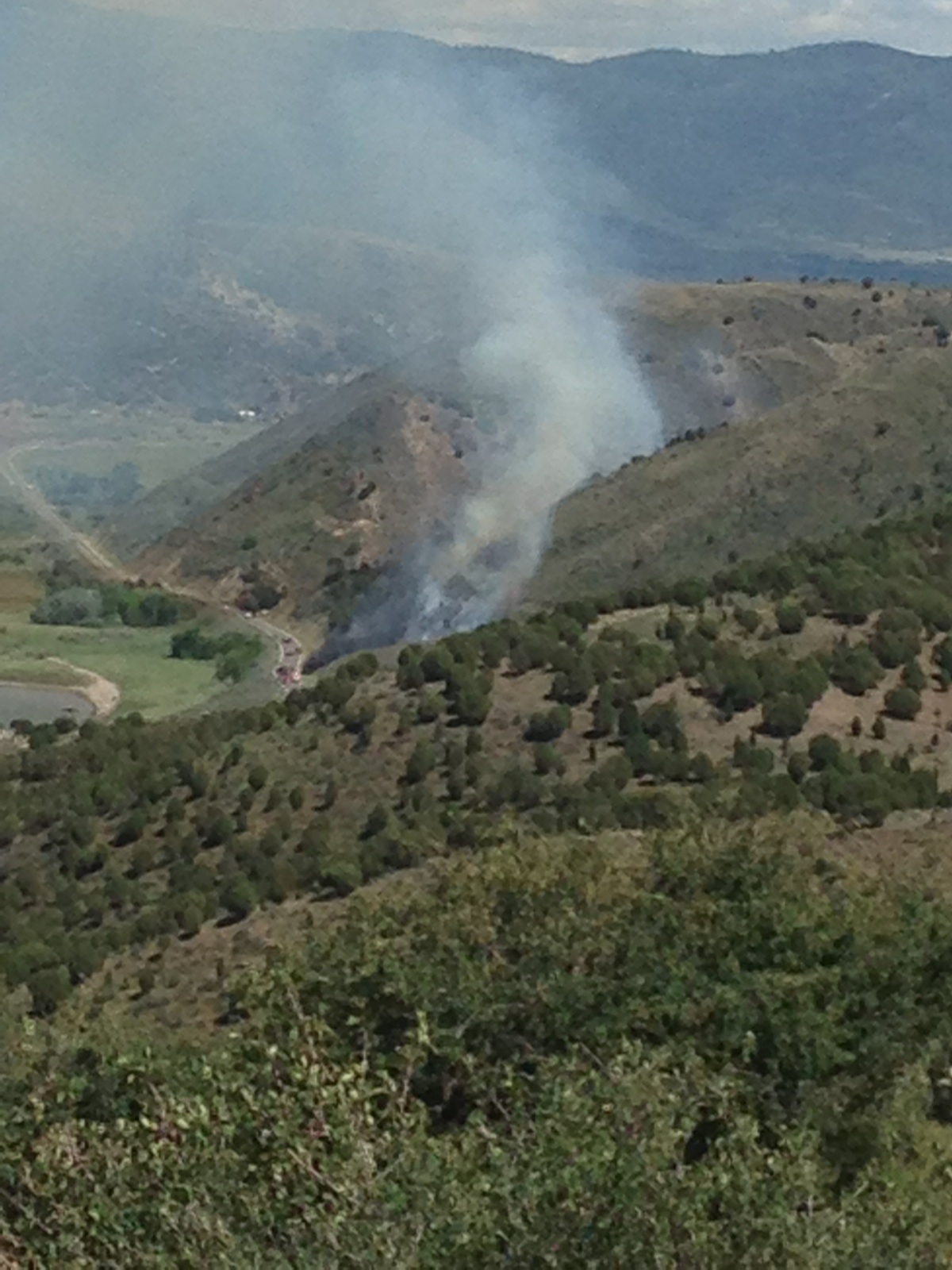 “A gentleman was driving his truck, going to camp there at Rockport Reservoir and had a mechanical problem,” wildland firefighter Stephen Rutter said. “Vehicle started on fire, and a little bit of a breeze, and it ran straight up the hill in these dry fuel conditions.”

Fire officials said personnel were able to respond quickly and that no homes were endangered.