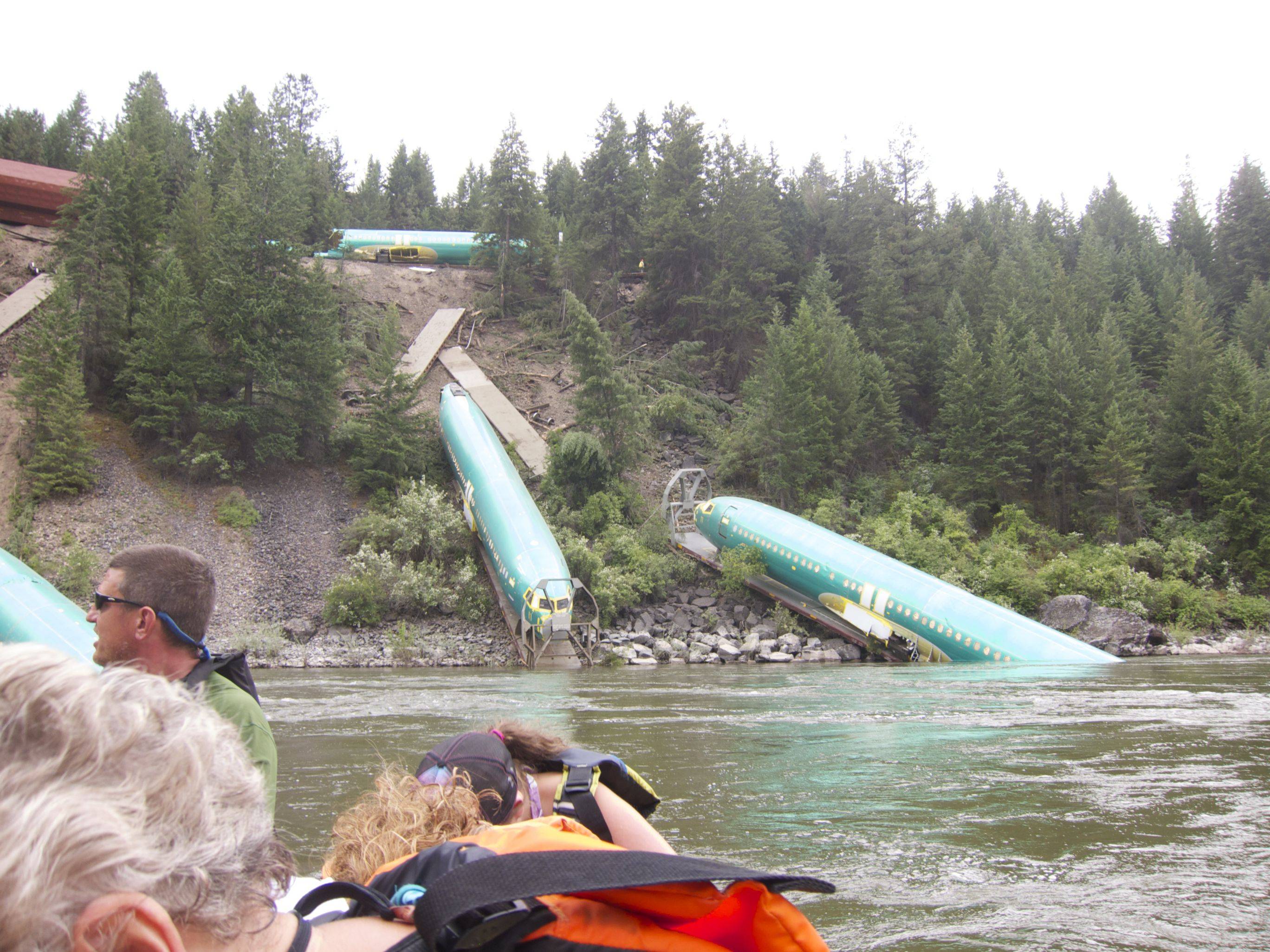 The content below is courtesy KPAX via CNN. The photos in the gallery above are courtesy Lissa Walzer.

MONTANA — A train carrying Boeing parts derailed in Montana Thursday and has many agencies working overtime this holiday weekend.

The Montana Rail Link train was traveling from Kansas City to Renton, Washington.

Nineteen cars derailed, and three of them containing aircraft components fell into a river. Photos from the scene are available above.

Officials with Boeing said the parts were for the 737, 777, and 747 planes on their way for final assembly.

The cause of the derailment is under investigation.