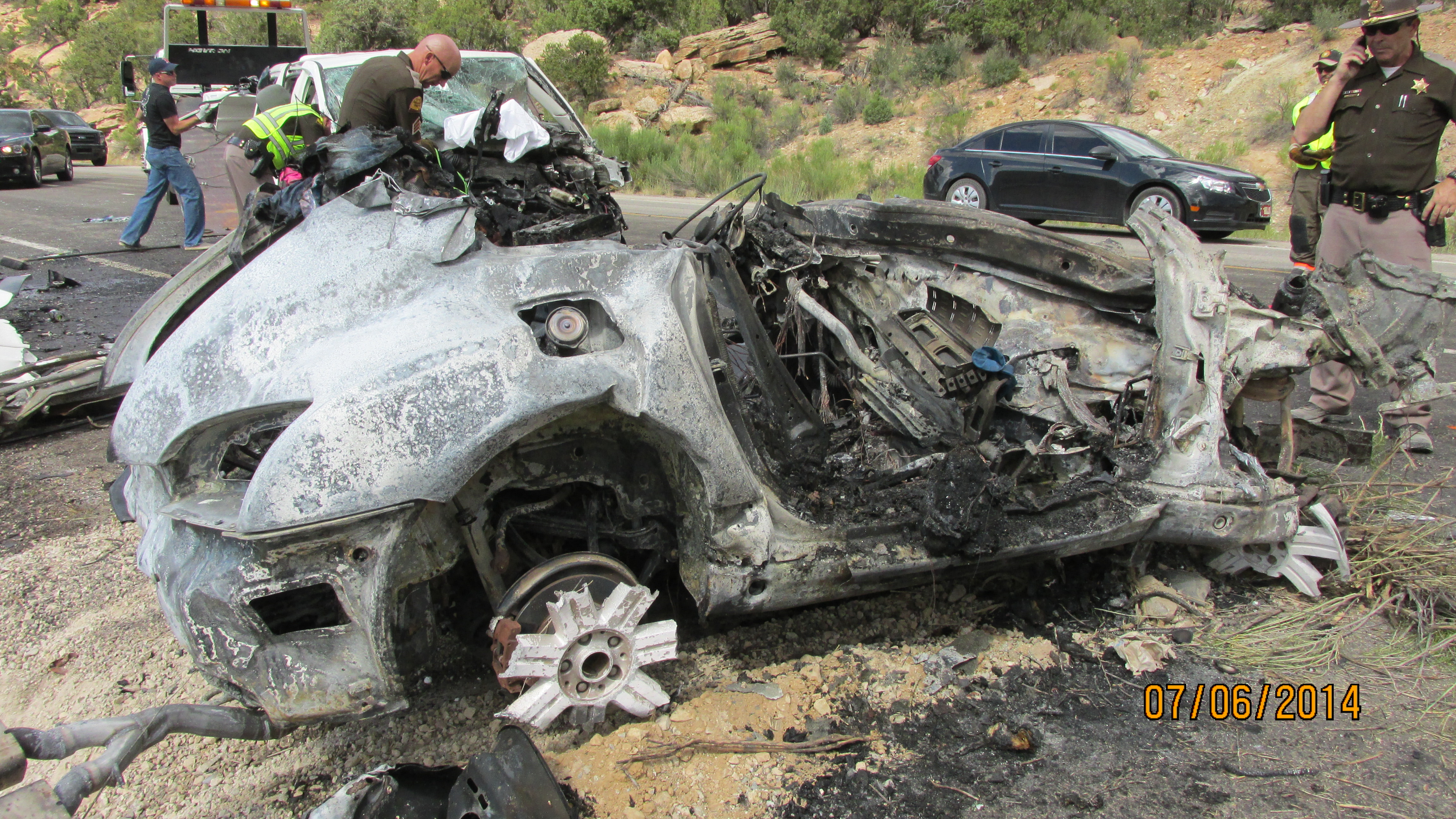 Utah Highway Patrol officials said a northbound van was trying to pass another vehicle when it struck a southbound car head-on; the crash was on US-191 at milepost 81 and reports began to come in at about 3:22 p.m.

Officials said there were five people inside the van, four have died

The other passenger in the van suffered critical injuries.

There were two occupants in the car and they were both killed.

A small fire that broke out in the area of the crash was contained.

Lt. Scott Robertson of the Utah Highway Patrol said the individuals in the van are part of the same family.

He said there were four adults and one juvenile in the van: two males and three females.

Robertson said the driver of the van was killed but said they are waiting to notify family members before releasing futher details about the victims’ identities.

Robertson said they believe that all of those involved in the crash were wearing seat belts, but he said the juvenile in the van had her lap belt on but had put her shoulder strap behind her back.

He said that is a “critical mistake” that may have contributed to her death.

Robertson said the occupants of the van appear to be from the Salt Lake Valley.

He said the passenger car is registered in Arizona and they believe the occupants were returning to their home after the holiday weekend.

Robertson said people should be careful when passing other cars, even if they are in a passing zone, as was the case in this crash.

“We just encourage people to slow down, to not be as aggressive, to properly restrain those in your vehicle, especially the children,” he said. “…The minute or two that you save trying to pass a vehicle just is not worth what we’ve gone through today and what these families will go through for the rest of their life.”

Officials said the accident occurred in an area with limited or no cell phone coverage. The scene had been cleared by the time FOX 13 News crews arrived, but photos show the aftermath of the accident–see the gallery below.

This is at least the second vehicle accident with multiple fatalities to occur during the Fourth of July weekend. Officials said that June was the deadliest month on Utah roadways so far this year, and they said so far it appears 2014 will see more fatalities on Utah roads than there were in 2013. Officials say the time between the Memorial Day and Labor Day weekends is statistically the “100 Deadliest Days” on Utah roads.