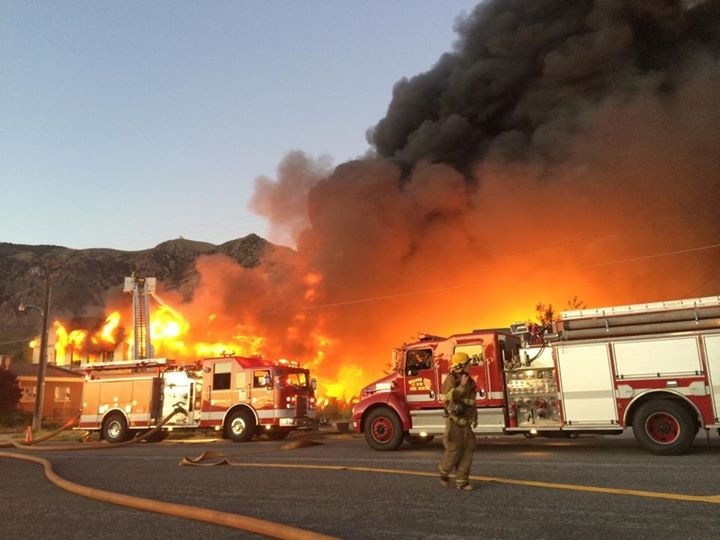 BRIGHAM CITY, Utah — A California teenager has confessed to starting a fire in Brigham City that destroyed a historic building last month, according to Brigham City Police Tuesday.

Police say the 17-year-old boy was visiting family with his father.

On June 29,crews battled a blaze that destroyed a metal shed and the Baron Woolen Mills building, constructed in 1870.

After returning to California, the teenager confessed that he was responsible for starting the fire, said Lt. Mike Nelsen with Brigham City Police.

Nelsen said the boy’s parents took their son to Tulare County Sheriff’s Office where he was interviewed about the incident, which was then sent to Brigham City Police.

The teen told the sheriff’s office that he went for a walk and came across the Baron Woolen Mills building and a metal shed, said Lt Mike Nelsen with Brigham City Police. The teen reportedly lit a couple of papers on fire, which ended up catching debris on fire in the shed.

According to the teen’s confession, he grabbed something like a tarp and smothered the flames and leaves – but the fire was not out.

The flames quickly engulfed the shed then onto the Baron Woolen Mills building, police say.

It took several agencies to put out the inferno that consumed the structures.

Nelsen said the teen faces potential charges of reckless burning, a class A misdemeanor – but charges will be decided after the teen’s statement is reviewed.

Nelsen said initial statements from the teenager match what fire investigators discovered at the scene.