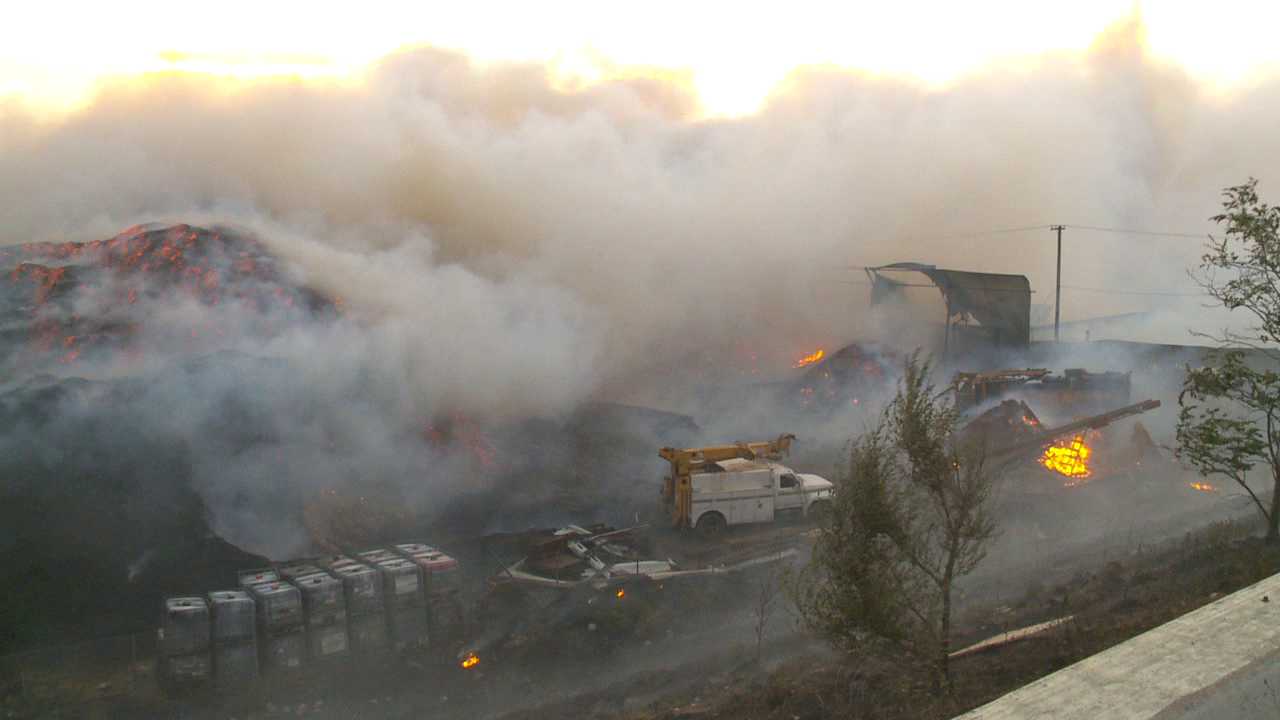 SOUTH SALT LAKE – Neighboring business owners are voicing concerns after the second fire in a week at a mulch facility near their properties.

This time things were more out of control.

Utah Highway Patrol had to shut down I-15 at 3300 S. as well as on ramps to southbound I-15 coming from I-80 and State Road 201 Thursday night, and fire personnel were still on scene Friday.

The flames spread to a nearby building Friday, causing considerable damage. FOX 13 News’ Carly Figueroa spoke with the owner of a business near the mulch pile who was among those impacted by the fire, see the video below for details and his interview.

Kyle Gross of American West Analytical Laboratories said his business was damaged, and he said he was worried something like this might happen.

He said: “Yesterday morning I was on the phone with the fire marshal and said this exact scenario, I said if we ever have strong wind out of the south our building is in jeopardy of being burned. He agreed with me and said they’re going to talk about some corrective action.”

Gross said he feels like more could have been done.

"Frustrated, I’m not really angry, I think a few groups dropped the ball," he said. "All of us business people have been complaining about this problem and warning of the potential and we’ve pretty much been ignored, so I get pretty frustrated about it."

Boyd Johnson, South Salt Lake Fire Marshal, said Friday they are working to address some of those concerns.

"I've used the fire code to tailor a very precise order that, what it is as a city we are requesting and requiring as moving forward,"  he said.

The mulch pile was about 70-feet tall and about an acre wide, but officials have been moving mulch away from the area to reduce the amount of potential fuel.

More than 60 firefighters on about a dozen engines from multiple agencies responded.

By about 10 p.m. Thursday, officials said the wind had died down and the heavy smoke had been reduced as well as the visible flames.

The cause of the fire is unknown, but officials said they believe it may have been an incidence of spontaneous combustion.

Sharon Opfermann is the owner of Camp Bow Wow, a nearby business that offers boarding services for dogs, and she told FOX 13 News on Thursday she called in the entire staff in case they needed to evacuate the approximately 60 dogs at the site.

Opfermann said firefighters only allowed the employees into the area because of the possibility of evacuation, and she said firefighters told her their goal was to contain the blaze so the animals can remain in place safely.

Opfermann said all of the personnel at the nearby Dailey's Premium Meats had evacuated Thursday night and had "emptied out onto the road."