3 injured after rollover crash on I-15

PAYSON, Utah – Officials closed southbound I-15 at milepost 247 near Payson for several hours due to a single vehicle accident that left one person in critical condition and two people in serious condition Saturday afternoon.

Sgt. Mary Kaye Lucas of the Utah Highway Patrol said a single vehicle rolled over on I-15, and there were two adults and five children inside the vehicle that rolled. The incident occurred around 3:15 p.m.

Utah Highway Patrol officials said the accident occurred when the driver of the vehicle over-corrected and hit the median. They said another car may have come into the vehicle's lane, prompting the vehicle to swerve.

A female passenger had to be extricated from the vehicle, Lucas said, and a Life Flight helicopter was dispatched. The southbound lanes of I-15 in the area were  closed for some time to allow the helicopter to land and crews to clear the scene. 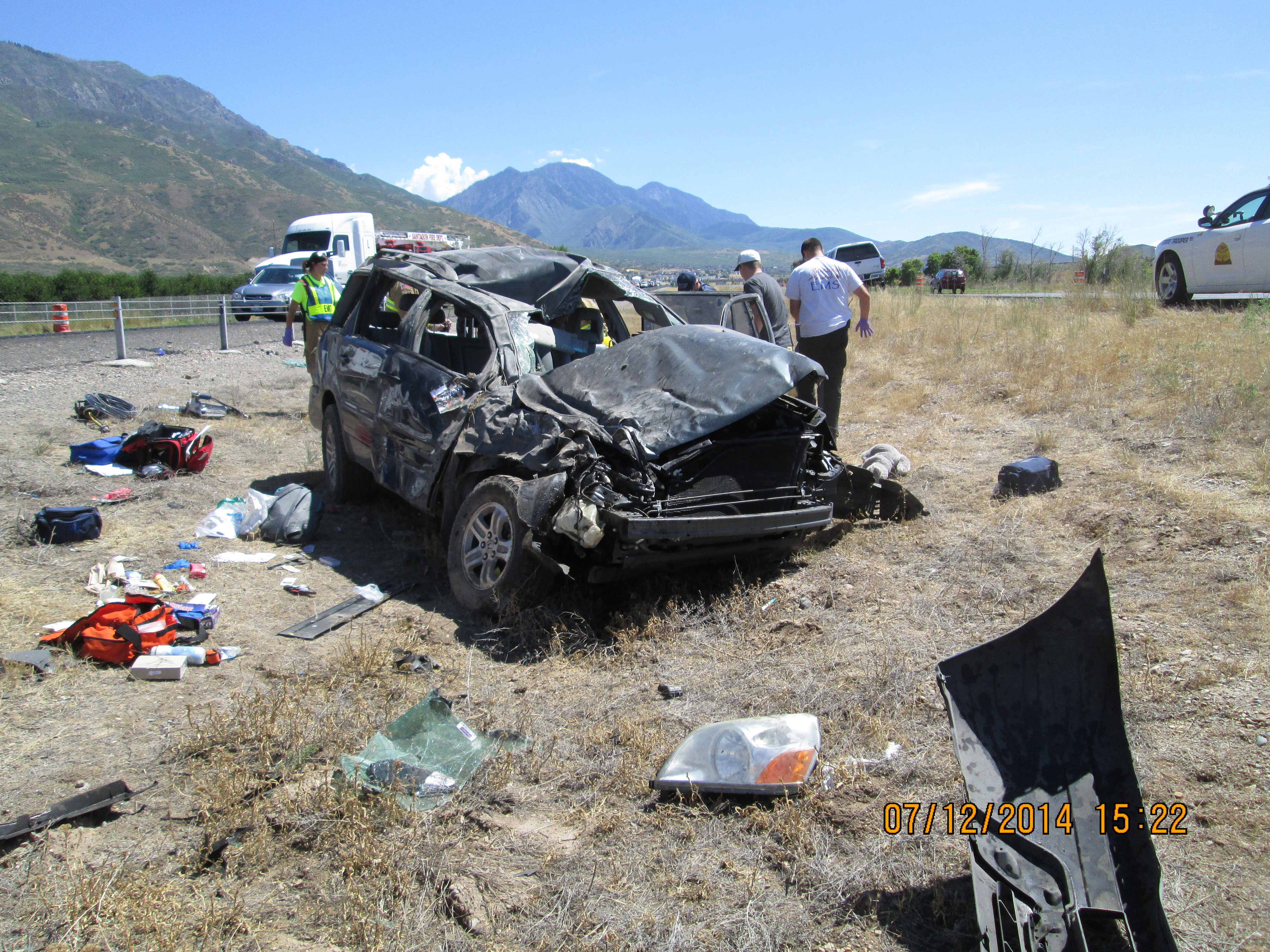