A U-boat and its American prey haunt Gulf of Mexico 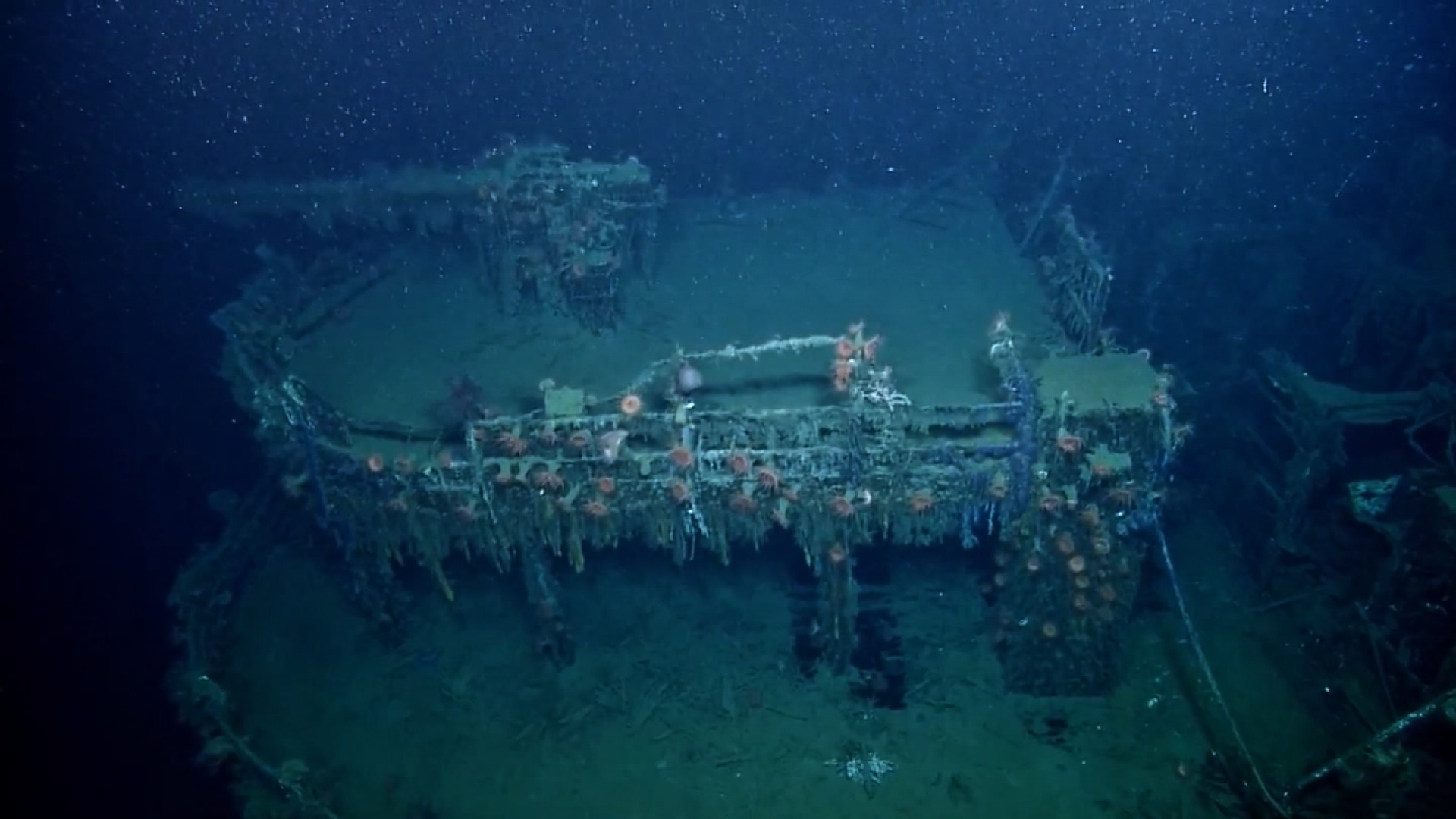 (CNN) — Silent and shadowy, two hulks lie under the Gulf of Mexico’s warm waters, unmoved since their deadly encounter 72 years ago during World War II.

Now, the future has come to take a closer look.

From July 6 to 14, the 211-foot research ship Exploration Vessel Nautilus conducted dives to the final resting places of the American steamer SS Robert E. Lee and the German U-boat U-166, about 45 miles south of the Mississippi River delta.

The Robert E. Lee was torpedoed by the U-166 while ferrying victims of other U-boat attacks from Trinidad to New Orleans. The sub succumbed to depth charges fired from an escort ship. These doomed ships are now separated by only two miles of seabed.

The Nautilus is operated by the Ocean Exploration Trust, a research group founded in 2008 for the purpose of carrying out “pure ocean exploration,” according to the group’s website. The ship carries 17 permanent crew members and a rotating, 31-member Corps of Exploration composed of scientists, engineers and other special personnel. It also holds two remotely operated vehicles, Hercules and Argus, which collect data and samples from deep beneath the ocean’s surface.

The purpose of the Nautilus’ mission to the twin shipwrecks was to perform forensic archeological documentation to more clearly understand their demises, said Ocean Exploration Trust spokeswoman Susan Poulton. By the time the team was finished, it had conducted high-resolution mapping of the area and created 3-D images of the wrecks.

Assisted by the recent findings, archeologists have been able to supplement what they already knew about the attack, Poulton added.

“Once the torpedo was sighted, the passenger ship’s armed escort vessel, PC-566, dropped several depth charges. … those depth charges sank the U-boat with all hands.” Fifty-two crew members went down with the U-boat, according to an article on the U.S. Coast Guard’s website.

This sort of Nazi incursion into American waters was perhaps more ubiquitous than modern Americans believe.

“Historians say U-boats sank at least 50 American ships in the Gulf, one in the very mouth of the Mississippi River. Americans managed to sink only one U-boat in the Gulf of Mexico,” said Poulton.

The nature of these wrecks as war graves is not taken lightly by the researchers on the Nautilus, according to Poulton, who quoted the founder of the Ocean Exploration Trust, Robert Ballard, as saying, “Many souls were lost on these wrecks and others, but now they are teeming with corals and undersea creatures. It’s the amazing tapestry of life.”

The Nautilus will continue its expedition in the Gulf by examining the effects of the Deepwater Horizon oil spill and is expected to complete its cruise in early October. The mission’s progress can be tracked live at the Nautilus Live website.