SLC breaking ground on new airport, see what it will look like

Ground will be broken on Friday for the new airport, which will redesign the parking, terminal and concourses to accommodate growth and meet the needs of travelers.

"It's a brand new airport," said Maureen Riley, the executive director of the Salt Lake City Department of Airports.

Artist renderings shown to reporters on Thursday revealed how different the new airport terminal will be from the existing one. Instead of three terminals now, the new airport will have one, three-level terminal.

"There will be an efficient checkpoint facility and more space to get around," said Mike Williams, the Terminal Redevelopment Program Director.

One of the terminal levels will have access to TRAX, parking, a single security checkpoint and more food and concessions areas. There will also be something fairly unique to Utah -- a special area set aside for reunions and send-offs, common to LDS missionaries.

After 9/11, ramped up security measures discouraged such crowds at the airport.

"The airport's addressed that by developing an area that can hold several hundred people to meet people coming in or leaving for a flight," Williams told FOX 13.

Design-wise, the new airport concourses will take advantage of natural light and Utah's natural beauty by showing off the Wasatch mountains with floor-to-ceiling windows.

The airport will also be green, with Salt Lake City using LEED standards. Salt Lake City Mayor Ralph Becker has said he wants a 30-percent cut in existing energy use with the new building.

Construction will be built in phases and away from the existing terminal, so travelers are not as impacted. Riley said where travelers may see the most impact is on the roads into and out of the airport, where a new parking structure will be built.

"The construction zone in the near future will be a little bit to the southwest of the existing facility," she said. "Then, as we proceed, in the year 2020 or so we'll be demolishing Terminal One, Terminal Two and the existing parking garage."

The new airport will be funded through money the Dept. of Airports has already saved, and impact fees from airline tickets, rental cars and other services. Taxpayers will not have to fund it, Riley said.

The majority of the construction is expected to be completed by 2019. 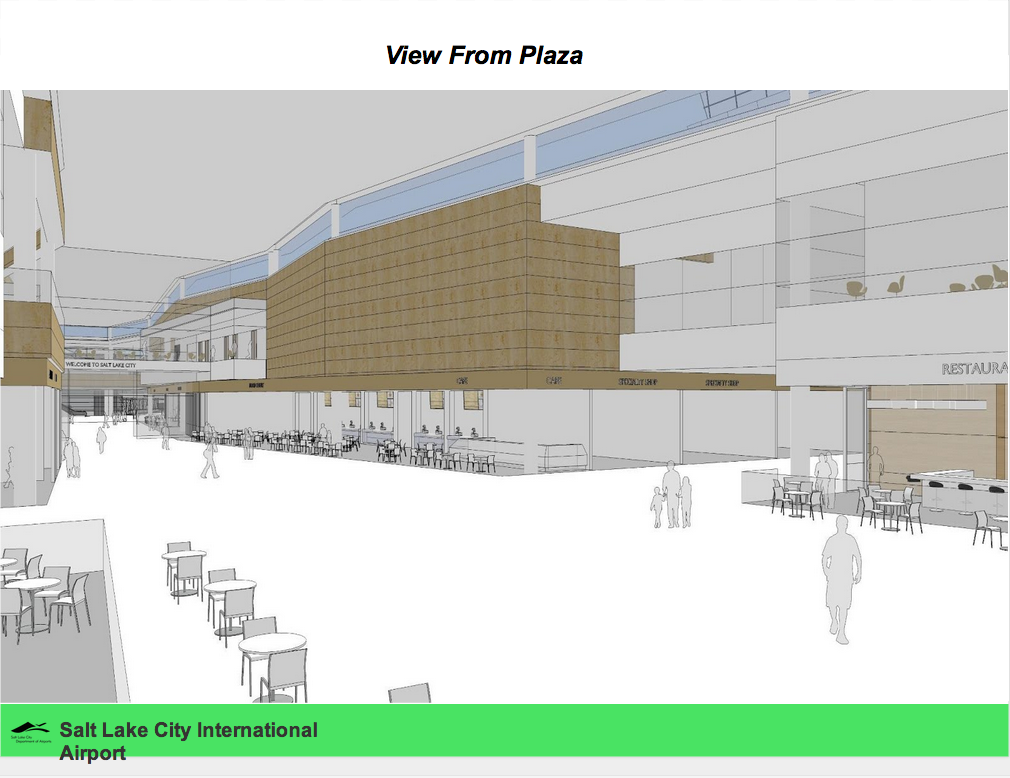