WEST VALLEY CITY, Utah - Authorities  are investigating after a police chase ended with a car crashing into a home.

Police said four people were in the car during the accident but three managed to get away.

Officers tried to pull over a car for a traffic violation at about 1 a.m. but the driver refused to stop.

The suspect led police on a high-speed chase in West Valley City.

Authorities said the driver tried to turn into a neighborhood near 3500 S. and Brock St. but ended up spinning out of control and drove into a house.

"One of our main concerns is it did hit the house pretty good so we've got a building inspector coming out to make sure that the house is going to be OK and if not, we'll have to figure out what to do from there," West Valley Police Lt. Matt Elson said.

Authorities have a 19-year-old man in custody, they are still searching for the other suspects.

Police said a 17-year-old girl was driving the car; they don't have information on the other suspects at this time. 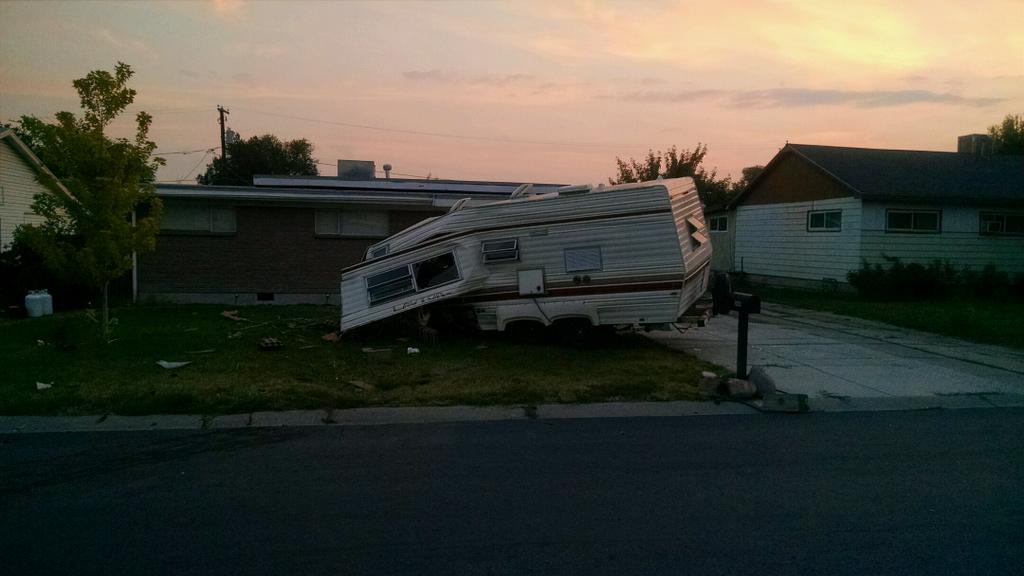