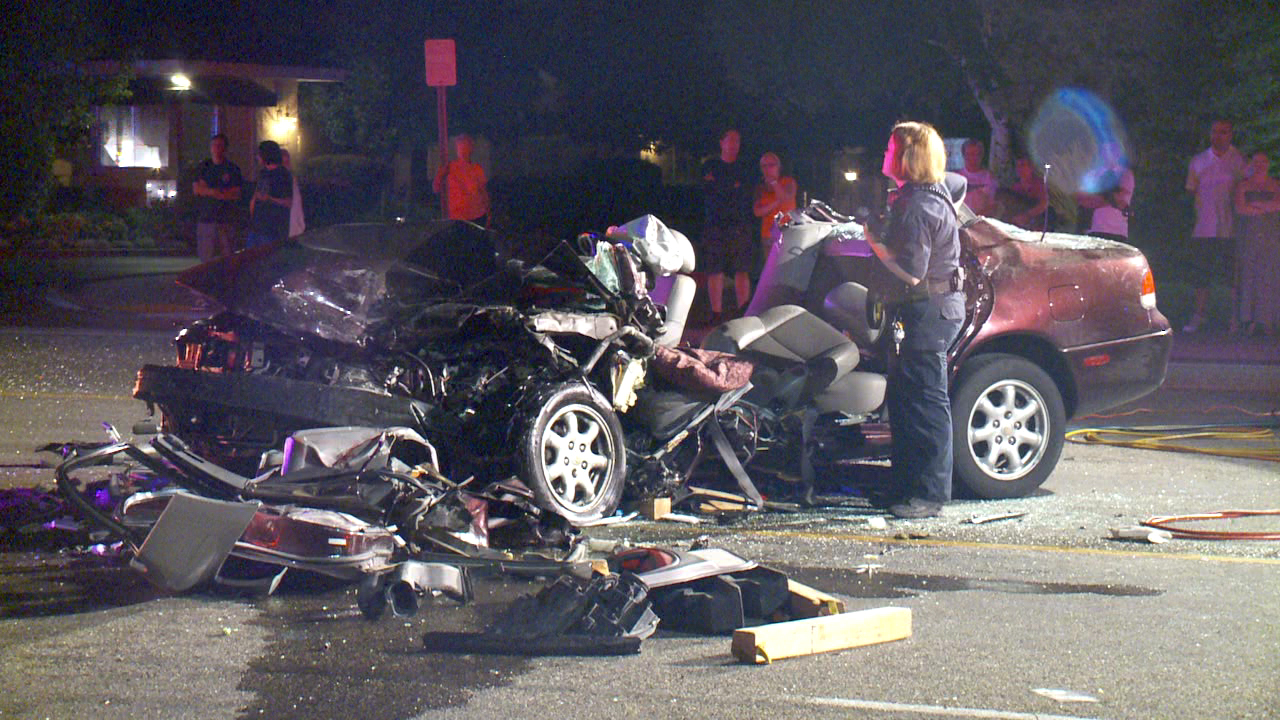 MIDVALE, Utah — Officials responded to a 2-vehicle crash Saturday night, and a man was taken to a hospital in critical condition after crews worked for about 20 minutes to extricate him using Jaws of Life.

The crash was in the area of 7200 South and 900 East, and officials said the driver of the burgundy car pictured above attempted to make a U-turn and wound up in the wrong lane.

“The driver of the Mazda, headed northbound in the northbound lanes, pulled to the side of the road and made a U-turn,” Shreeve said. “He did a U-turn and headed south, but unfortunately he ended up in the southbound lanes.”

Shreeve said the crash is, “still under investigation. There’s no apparent indication that alcohol is involved in this accident.”

Police officials said those involved appear to have been properly restrained.

“Every indication we have is that everybody involved was wearing seat belts, however the impact here… injuries could not be avoided, even with seat belts in this particular accident,” Shreeve said.

The crash is under investigation. The identities of the victims have not been released.