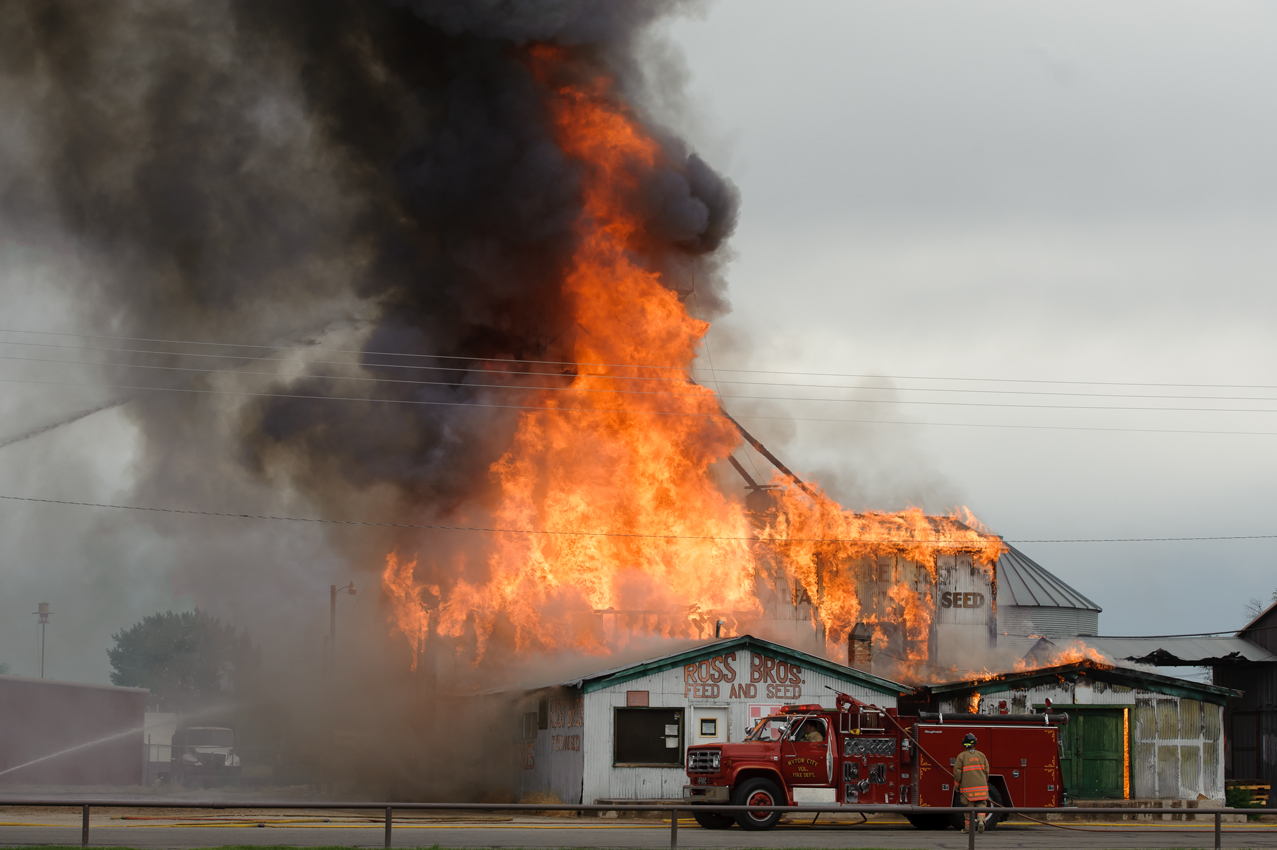 MYTON, Utah – A feed and seed plant caught fire in Duchesne County Sunday, and officials said residents have been allowed to return to their homes after they were evacuated due to the intensity of the fire.

Chief Wade Butterfield, Myton Police Department, spoke to FOX 13 News around 7:20 p.m. and said the fire was out. He said nearby residents were evacuated due to the size of the fire and the heat it was emitting, but those residents have been allowed to return home.

A firefighter collapsed at the scene of the fire, but Butterfield said the collapse was due to a pre-existing medical condition and was not related to the fire. That firefighter was taken to a hospital and is in good condition.

No other injuries have been reported.

Butterfield said the cause of the fire is unknown. FOX 13 News will have more information as it becomes available.