2 dead after crash; driver may have been intoxicated

EAGLE MOUNTAIN, Utah - Utah County deputies said one person was killed in a head-on collision in Eagle Mountain on SR-73 Thursday afternoon, and another victim who was transported in critical condition later died due to injuries suffered in the crash.

Wride Highway (SR-73) was shut down in both directions between Eagle Mountain Blvd. and Canyon Wash Dr. but has since reopened.

According to a press release from Utah County Sheriff's Office, a gold Ford Fusion with one occupant was driving eastbound when it drifted over the center line. A white Chevrolet Cruze with four occupants traveling westbound was unable to avoid the Fusion and the two collided. The press release stated, "Both cars were demolished in the collision."

The driver of the Ford, later identified as 28-year-old Jennifer Ashley Taft Bailey of Eagle Mountain, was transported to a hospital in critical condition and then taken by LifeFlight to the Utah Valley Regional Medical Center, where she was pronounced dead.

The front seat passenger in the Chevrolet, a 15-year-old female, was killed on impact. She and the other three occupants of the vehicle were wearing seat belts. Her father was driving the car, and her two brothers, ages 10 and 7, were passengers. Officials later identified the teen victim as Catherine Hancock of Eagle Mountain.

Cannon said it's possible the driver of the eastbound vehicle was impaired, as investigators found an open container of alcohol in the vehicle.

"In the eastbound car there is some evidence of alcohol there, whether it was being used or not we don't know," he said.

Authorities have not confirmed the identities of those involved in the accident. 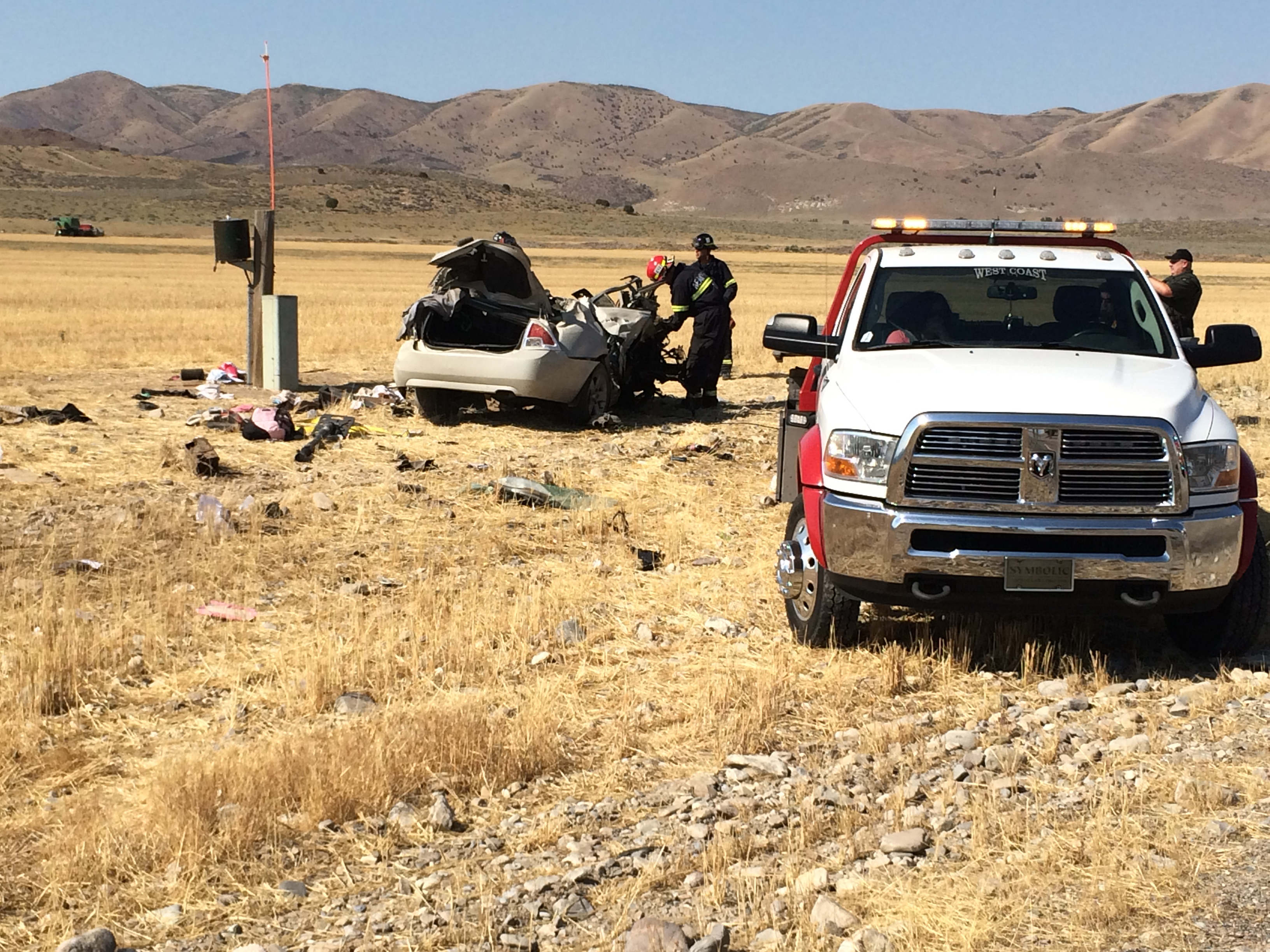