SUMMIT COUNTY, Utah – Officials in Summit County urged residents in about 220 homes to evacuate after a structure fire in Rockport Estates spread to threaten other homes in the area, but just before 10 p.m. Friday officials said the evacuation request had been lifted and residents could return to their homes.

Summit County officials had issued an emergency alert around 3:14 p.m. Friday about the fire in Rockport Estates and indicated the Summit County Sheriff’s Office was requesting evacuations, within an hour of that alert officials stated that evacuations were mandatory for those in Sage Lane.

Officials with North Summit County Fire said around 9:50 p.m. Friday that the evacuations had been lifted and residents could return home.

Capt. Justin Martinez, Summit County Sheriff's Office, said around 5:40 p.m. that they had strongly recommended residents in about 220 homes evacuate, and he said about 80 percent of the people in that area complied with that request.

The initial alert regarding the evacuations was issued around 3:14 p.m., and a second alert issued at 3:37 p.m. stated evacuees "can seek shelter at the Wanship LDS Church."

The structure where the fire originated was destroyed by the blaze. 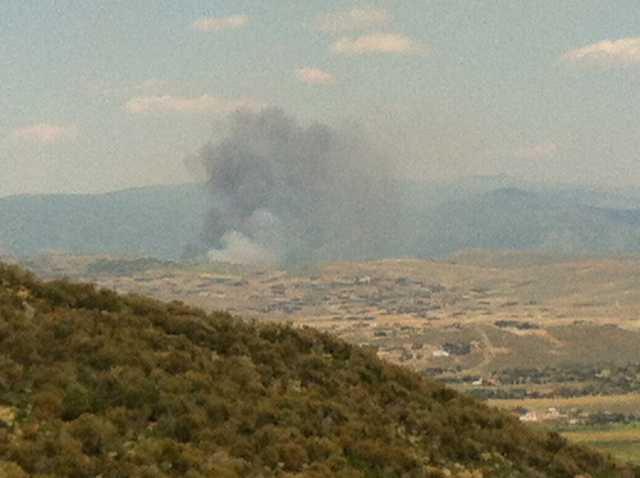